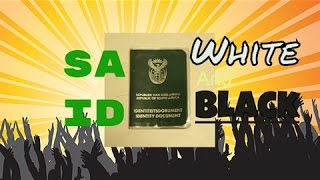 Life in a failed multi-cultural society: See here and here.

Notice that at a Human Rights Day rally in Mpumalanga, "human rights" is associated with "cutting the throat of whiteness." This legitimizes the murder and dispossession of South African whites, who have been in the country longer than most blacks, as an exercise in human rights. The leader of the new black party that is challenging the one to which the former white government handed over power even has a song about shooting whites.

How many years before it happens in "diversity multi-cultural" Europe and America?

What is wrong with the Russians that they want to be associated with a West that is actively pursuing self-destruction? How long before it is not only white South Africans who are fleeing to Russia to save their lives?

Who destroyed the West? There are different answers to this question. I believe the unleashed greed of Capitalism by deregulation, the burial of Anti-Trust, and the redefinition of corporate responsibility to include only responsibility to shareholders to the detriment of employees, customers, and communities, destroyed the West. Psychology Professor Kevin McDonald thinks it was the paranoia of the Jews who protected themselves by fomenting division within the societies in which they live.

In a review of McDonald's book, The Culture of Critique, labeled by the Israel Lobby an anti-semitic work, Stanley Hornbeck writes:

"Prof. MacDonald claims that one of the most consistent ways in which Jews have advanced their interests has been to promote pluralism and diversity -- but only for others. Ever since the 19th century, they have led movements that tried to discredit the traditional foundations of gentile society: patriotism, racial loyalty, the Christian basis for morality, social homogeneity, and sexual restraint. At the same time, within their own communities, and with regard to the state of Israel, they have often supported the very institutions they attack in gentile society.

"Why is this in the interests of Jews? Because the parochial group loyalty characteristic of Jews attracts far less attention in a society that does not have a cohesive racial and cultural core. The Jewish determination not to assimilate fully, which accounts for their survival as a people for thousands for years -- even without a country -- has invariably attracted unpleasant and even murderous scrutiny in nations with well-defined national identities. In Prof. MacDonald's view it is therefore in the interest of Jews to dilute and weaken the identity of any people among whom they live. Jewish identity can flower in safety only when gentile identity is weak.

"Prof. MacDonald quotes a remarkable passage from Charles Silberman: 'American Jews are committed to cultural tolerance because of their belief -- one firmly rooted in history -- that Jews are safe only in a society acceptant of a wide range of attitudes and behaviors, as well as a diversity of religious and ethnic groups. It is this belief, for example, not approval of homosexuality, that leads an overwhelming majority of American Jews to endorse 'gay rights' and to take a liberal stance on most other so-called 'social' issues."

I do not know Professor MacDonald and cannot attest as to whether he is or is not an anti-semite. However, I do not see anti-semitism in his explanation, which is a rational explanation of why a paranoid people who have experienced persecution, justified or not, would strive to protect themselves by creating division in the societies in which they are a minority. The Identity Politics of the Democratic Party works perfectly in behalf of the Jewish strategy.

There is no doubt that this strategy works for Jews who feel threatened despite the enormous power that they wield over the US and Europe. The question is: Is the strategy that is successful for Jews good for the majority populations who have been turned against one another: blacks against whites, feminists against men, homosexuals against heterosexuals. Does making the white heterosexual father, son, and brother into the victimizer who victimizes everyone else a healthy formula for a successful society?

I can't see how this question can be answered in the affirmative.

Related Topic(s): Anti-semitic; Homosexuality; Israel; Racism; South Africa, Add Tags
Add to My Group(s)
Go To Commenting
The views expressed herein are the sole responsibility of the author and do not necessarily reflect those of this website or its editors.