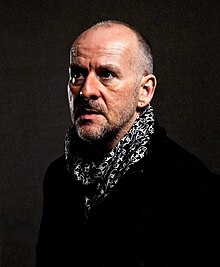 Duluth, Minnesota (OpEdNews) June 28, 2019: In Simon Critchley's accessible and thought-provoking new book Tragedy, the Greeks, and Us (Pantheon Books, 2019), he describes his undergraduate studies in the early 1980s (pages 36).

In my undergraduate studies in the 1960s, I became interested in Shakespeare's tragedies and, to a lesser extent, in tragedies by his contemporary playwrights. On my own in the summer of 1963, I slowly but surely read through James Joyce's novel Ulysses, even though I had not previously read the Homeric epics the Iliad and the Odyssey. When I did eventually read them, I read them in English translation. To this day, I am, like St. Thomas Aquinas, the famous medieval Catholic Aristotelian philosopher and theologian whose thought I initially read as an undergraduate, Greekless.

I heard of Havelock's book in two undergraduate English courses that I took from the American Jesuit Renaissance specialist and cultural historian Walter J. Ong (1912-2003; Ph.D. in English, 1955) at Saint Louis University, the Jesuit university in St. Louis, Missouri. His massively researched doctoral dissertation included the history of rhetoric and formal logic in Western culture. Ong characterized his thought as phenomenological and personalist in cast. However, he often singles out Plato for critique. In this respect, Ong's work is part of what Alfred North Whitehead referred to as footnotes to Plato. My, oh my, how did Plato manage to evoke so many footnotes? Put differently, how did he manage to evoke what Ong refers to as the agonistic (contesting) spirit in so many footnote-writers?

In my estimate, what Ong refers to as agonistic (or contesting) behavior involves the part of the human psyche that Plato and Aristotle refer to as thumos (or thymos). See Ong's book Fighting for Life: Contest, Sexuality, and Consciousness (Cornell University Press, 1981), the published version of Ong's 1979 Messenger Lectures at Cornell University. In Critchley's new book, he excels in contesting with a wide variety of adversaries. By comparison with Critchley, Ong seems more irenic as he advances his own arguments. But he frequently structures his arguments in terms of dialectical contrasts in effect, contests of a sort (e.g., Greek/barbarian, aural/visual).

Now, I do not remember when I first read Ong's massively researched book about the history of rhetoric and logic, Ramus, Method, and the Decay of Dialogue: From the Art of Discourse to the Art of Reason (Harvard University Press, 1958), but not during my undergraduate years (1962-1966). But the spirit of what Ong refers to as dialogue is embodied in the artfully constructed dialogues in the Homeric epics, in the ancient Greek tragedies and comedies, and in Plato's famous dialogues which evoked so many footnotes. For Ong, Plato and Aristotle were closer to the oral thought-world of Homer than was the French Renaissance logician and educational reformer and Protestant martyr Peter Ramus (1515-1572), whose work in Ong's estimate, represents what he refers to in the subtitle of his 1958 book as the Art of Reason. Ong sees the Gutenberg printing press that emerged in Western culture in the mid-1450s as contributing significantly to what he refers to as the decay of dialogue in Ramus and his followers and his subsequent heirs in the so-called Age of Reason (also known as the Enlightenment).

For a relevant discussion of orally rooted reason, see the Canadian Jesuit Lonergan scholar Frederick E. Crowe's 1965 essay "Neither Jew nor Greek, but One Human Nature and Operation in All" as reprinted, slightly revised in the anthology Communication and Lonergan: Common Ground for Forging the New Age, edited by me and Paul A. Soukup (Sheed & Ward, 1993, pages 89-107).

For further discussion of Ong's philosophical thought, see my online essay "Understanding Ong's Philosophical Thought" that is available at the University of Minnesota's digital conservancy:

But we should note here that Buber in 1913 published a work in which he himself actually practiced writing dialogues, Daniel: [Five] Dialogues on Realization, translated by Maurice Friedman (Holt, Rinehart and Winston, 1964). In the book Martin Buber's Journey to Presence (Fordham University Press, 2007), the Irish Buber scholar Phil Huston devotes her lengthiest chapter to discussing it (pages 106-184).

Perhaps we should consider the basic structure of Plato's dialogues as orally rooted. In theory each of his dialogues is a script that could be enacted as a drama in a theater. So how much did Plato learn from the Greek playwrights who wrote the scripts of the orally rooted tragedies that Critchley discusses? Of course, the orally rooted Homeric epics (see Havelock) also feature a lot of dialogue.

In light of certain other themes in Critchley's 2019 book, perhaps we should remember Plato's use of myths. See the bilingual compilation in the book The Myths of Plato, translated with introductory and other observations by J. A. Stewart (Macmillan, 1905).

Now, during my undergraduate years in the 1960s, I did read Ong's book The Barbarian Within: And Other Fugitive Essays and Studies (Macmillan, 1962). In the title essay "The Barbarian Within: Outsiders Within Society Today" (pages 260-285), Ong works with the Greek/barbarian that goes back to Greek antiquity, as Edith Hall explains in her book Inventing the Barbarian: Greek Self-Definition through Tragedy (Oxford University Press, 1989).

Related Topic(s): Aristotle; Grief; Logic; Philosophy; Plato; Poetry; Rhetoric; Shame; Socrates; Spirit; (more...) Suffering; Suffering; Theater; Tragedy, Add Tags  (less...)
Add to My Group(s)
Go To Commenting
The views expressed herein are the sole responsibility of the author and do not necessarily reflect those of this website or its editors.