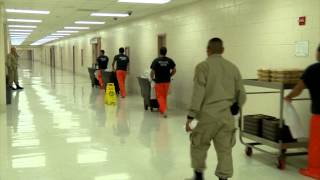 Donald Trump takes office in two short weeks. As I've written previously, I don't expect much in the way of prison reform or sentencing reform. Indeed, I've urged readers to take to the courts for redress because we obviously won't get it from Trump or the Republican Congress. As it turns out, the courts may be the only place where civil liberties may still be protected.

The U.S. Supreme Court will soon hear a case about a Minnesota law that allows local police departments to charge a "processing fee" for any person arrested for any reason, even if they are found not guilty of committing a crime.

Corey Statham was arrested in Ramsey County, Minnesota, and charged with disorderly conduct. Two days later, the charges were thrown out and Statham was released from the local lock-up. He had $46 in his pocket when he was arrested. But upon his release, the local police gave him back only $21. He had been charged a $25 "booking fee." And to add insult to injury, Statham got his $25 back on a debit card, which levied a fee of $7.25 for him to get his money back. In the end, Statham, who was innocent of any crime, lost $32.25 for no reason.

Many Americans drop $38.75 on dinner and don't give it a second thought. But for many others, it's a lot of money. And it is poorer people who are more likely to find themselves in this predicament.

I found the same thing to be true when I was released from prison, where I spent 23 months after blowing the whistle on the CIA's torture program. I had $55 left in my commissary account. When I was released, I was given the money on a debit card that charged me $6 every time I tried to use it -- even for a balance inquiry. I got about $30 out of it before I threw it away, empty. The rest of the money had gone to fees. I was fortunate, though. I had friends and a family to help me. But what about the prisoner who needs that money to survive when he's released? It seems to be little more than official theft.

Fees are at least as high outside the federal program and in states other than Minnesota. Kentucky, for example, bills people held in its jails for the cost of incarceration -- even when those people are exonerated or if charges are dismissed. Five towns in Colorado levy the same kinds of fines, and Colorado law demands that individuals file a lawsuit if they want their money back.

In Statham's case, he filed a suit against Ramsey County, saying that he had a presumption of innocence and that the county had no right to keep his money. The County's defense was that it "provided the debit cards for the convenience of the inmates." It admitted that it was difficult to argue that the non-refundable $25 fee was constitutional. Still, the county's attorney said that people innocent of crimes "can do it [try to get their money back] as soon as they have the evidence that they haven't been found guilty." He admitted, though, "There's some legwork involved."

The Eighth Circuit Court of Appeals in St. Paul ruled in Statham's favor last year and the Supreme Court agreed to hear the case later this year. Ramsey County announced that it would neither submit a brief in the case nor defend its actions. The Court ordered the county to file a brief, however, leading observers to believe that it will force an end to the practices of charging processing fees to innocent people and gouging those who are not.

Related Topic(s): Innocence; Jail; Money, Add Tags
Add to My Group(s)
Go To Commenting
The views expressed herein are the sole responsibility of the author and do not necessarily reflect those of this website or its editors.