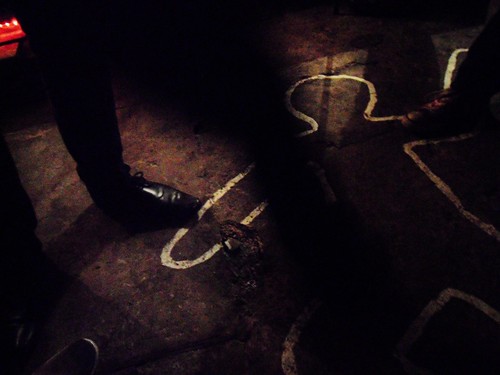 According to the District of Columbia's Metropolitan Police Department, the nation's capital reported 135 homicides last year. One of those homicides, the killing of Democratic National Committee staffer Seth Rich on July 10, 2016, continues to make news ten months later.

Who killed , and why? We may never know for sure. On the other hand, a significant piece of the puzzle may have just fallen into place.

Fox News, citing a federal investigator as source, reports that Rich may well -- as long rumored -- have been the source of DNC emails published by WikiLeaks, less than two weeks after he was shot twice in the back during a robbery in which, curiously, nothing was apparently taken from him.

That email release, which revealed an internal DNC conspiracy to ensure the nomination of Hillary Clinton for president at the expense of her opponent, Bernie Sanders, wounded Clinton's campaign and cost US Representative Debbie Wasserman Schultz her position as DNC chair.

WikiLeaks founder/director Julian Assange, in line with the organization's policy against outing sources, has resolutely declined to confirm or deny Rich as the DNC leaker. However, WikiLeaks did put up reward money for information leading to the arrest and conviction of his killer or killers -- and retweeted, without comment, the Fox News story referenced above.

For every action, there's an equal and opposite reaction. In the case of Bill and Hillary Clinton, the right-wing conspiracy theory project of putting every fatal heart attack and accidental traffic death in America on a constantly updated, Internet-circulated "Clinton Body Count" list tends to make the rest of us cautious about just assuming skullduggery on the part of the Clintons and their associates in any given instance.

Still, it can't be denied that Hillary Clinton has, as what her husband called his "co-president," as a US Senator, and as US Secretary of State, proven herself to have both a sense of political entitlement and a distinctly murderous bent. If you doubt this, watch the CBS News video of her giggling "we came, we saw, he died" response to the killing of Libyan dictator Muammar Gaddafi. Clinton's publicly flaunted attitudes lend credibility to claims, admittedly listed as "unproven" (not necessarily "false") by pro-Clinton site Snopes.com, that as Secretary of State she once seriously proposed the assassination of none other than Julian Assange: "Can't we just drone this guy?"

Is it really that far-fetched to hypothesize that Clinton, or officials in her campaign or party -- many of whom are accustomed to exercising power of life and death when actually in office -- would quail from likewise killing in pursuit of their political interests? The DNC leak (and therefore the DNC leaker) arguably cost Clinton more than the 80,000 votes or so by which she lost the 2016 presidential election.

As the straight news types like to say: Developing.

Related Topic(s): Democratic; Democratic National Committee; Julian Assange; Seth Rich; Wikileaks, Add Tags
Add to My Group(s)
Go To Commenting
The views expressed herein are the sole responsibility of the author and do not necessarily reflect those of this website or its editors.