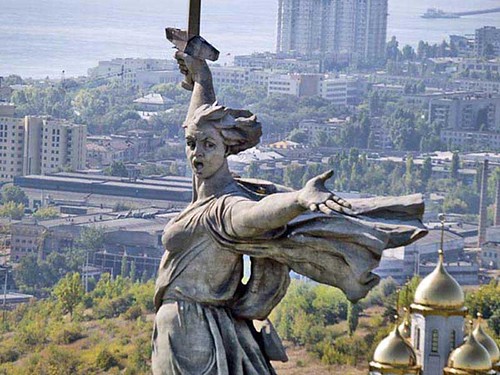 David William Pear Shares His Impressions and Experiences of Two Months In Russia. It's Not The Country and People the BLPM Blasts in Your Face. China Rising Radio Sinoland

To enlarge go to link: David Pear's 2020 visit to Russia

Transcript of interview and links:

I am so happy to have David back on the show today. We have never met in person, but over the years of staying in regular touch by email, I consider him to be a good friend and a true comrade. He not only writes, but fights hands-on against Western capitalism and in support of social justice for the global 99%. Meeting him is on my bucket list, and the first pot of Russian tea is on me!

A little about David, before we get started.

David is a progressive columnist writing on economic, political and social issues. His articles have been published by OpEdNews (where he is also an active editor), The Greanville Post, The Real News Network, Truth Out, Consortium News, Global Research, and many other publications. David is active in social issues relating to peace, race relations and religious freedom, homelessness and equal justice. David is a member of Veterans for Peace, Saint Pete for Peace, CodePink, and International Solidarity Movement.

David is also a founding member of the Bioweapon Truth Commission and has contributed to its Global Online Library (www.bioweapontruth.com).

In 2017 David spent 3 weeks in South Korea researching the Korean War of 1950 to 1953. In 2016 David spent 10 weeks in Palestine with the Palestinian lead non-violent resistance group International Solidarity Movement. In February of 2015 he was part of a people-to-people delegation to Cuba with CodePink. In November of 2015 he was a delegate with CodePink to Palestine to show solidarity with Palestinians. David frequently makes people-to-people trips to Russia as a private citizen. David returned to Palestine for 10 days in March 2018.

David resides in Clearwater Beach, Florida. His hobbies include boating, fishing, RV'ing and motorcycle touring. He is also a licensed skydiver (USPA-inactive).

Related Topic(s): Blame Russia; David William Pear Trip To Russia 2020; Post-soviet Russia; Russia; Russia And China; Russia Bashing; Russiagate; Russian History; Western Propaganda, Add Tags
Add to My Group(s)
Go To Commenting
The views expressed herein are the sole responsibility of the author and do not necessarily reflect those of this website or its editors.