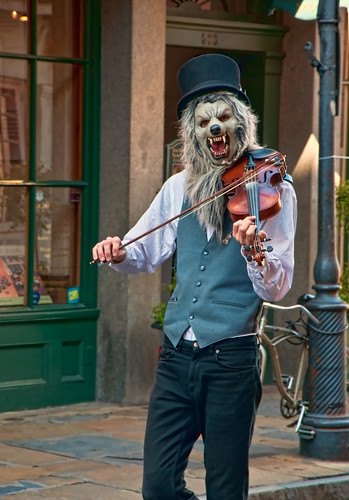 The Central Intelligence Agency, the Democrats, neocons in the Republican Party and the Main Stream Media (MSM) have gotten under Donald Trump's thin skin. When attacked, Trump's instinct is to lash out at his attackers with counter attacks, without regard to his truthfulness or not. When Trump was a candidate for President that meant a war of words. As the President of the United States of America he has resorted to a dangerous and deadly shooting war of aggression.

Trumps critics are so numerous, unrelenting and persistent that like a cornered rat, Trump lost any sanity that he may have possessed and instead of lashing out at his tormentors, he lashed out at Syria's president Bashar al-Assad. Just like a drunk that comes home and beats his wife, terrorize his children, busts up the furniture and kicks the dog it accomplished nothing but chaos, but it feels so good to blow off some steam, even if it is at the wrong target.

Now Trump has a lot of damage to repair and it will take more than a night in the drunk tank to patch up the mess he has made. It is probably beyond redemption. Worse is that like an alcoholic there is no cure for someone drunk with power. Predictably Trump will continue with his unpredictable binges on which he prides himself. The world will now be walking on eggshells waiting for Trumps next irrational outburst.

Trump is not the only insane actor. The MSM has gone crazy with fake news, a phrase they will regret ever inventing. Not one MSM source paused in their war rant to even question the propaganda fed to it by the CIA (a shorthand abbreviation for the Deep State of 16 and counting intelligence agencies and police state goons). Readers are encouraged to correct the record if they know of even one MSM sources that had a serious debate of the few known facts of Assad's alleged chemical weapon attack on Syria's Idlib Province.

Today, April 10, 2017 the New York Times (NYT) is still busy pumping out propaganda: "The Grim Logic Behind Syria's Chemical Weapons Attack ", but instead of a logical discussion the NYT calls on clairvoyants to read Assad's mind. To paraphrase the conclusion, Assad is just plan evil, he loves to kill his own people, especially children and babies.

The NYT goes on that Assad wants to thumb his nose and show "the world the West's impotence and weakness", especially at this time of Assad's victory. The NYT concludes that Assad was taking a victory lap in preparation for retaking Idlib back from the West after losing it in 2015 to "a mix of Qaeda-linked and other rebels, some supported by the United States and its allies". Note that after all these years of the MSM pretending that the US was supporting "well-vetted moderates" and pooh-poohing as fake news that the US was supporting al-Qaeda, the NYT admits that the US has been behind "Qaeda-linked and other rebels" the whole time.

So according to the MSM, Assad just threw away a diplomatic solution being hammered out in Brussel (Supporting the future of Syria and the region) that would end the so-called civil war, leaving him in power and giving him billions of dollars in aid to rebuild Syria. As I write now, Lt. Colonel Ralf Peters, a military hack for Fox News, is screaming that Assad would rather "continue the war against his own people and that Trump did exactly the right thing". The MSM would have us believe that Assad just could not resist his thirst for the blood of "his own people" over several billions of dollars in foreign aid.

The MSM just cannot stop spinning its web of lies and cheerleading the USA into more illegal wars of aggression, war crimes and crimes against humanity. The American people could use some clairvoyants of their own to tell us what is on the mind of the MSM in their perpetual warmongering propaganda.

The MSM's groupthink is mind numbing. Do they have any sense of responsibility and the consequences of their propaganda? War propaganda like a rung bell cannot be unrung. It has a lasting effect that will pave the way for more enemies, more war and more death.

The Democratic Party apparatchiks keep egging Trump on, purely for their own political ambitions. Instead of legitimately attacking Trump on his policies and lack thereof, they have found that further demonizing the nuclear armed Russian Federation and its president Vladimir Putin has legs. Russia has been universally declared an enemy nation by the Democrats, and anybody, i.e. Trump and his associates, that has ties, however slight, to Russia, or even conversations, must be an unpatriotic stooge, accomplice and spy.

Trump has been accused by the Democrats and their faithful media of having a "man crush" on Putin and being Putin's puppet. One of Trump's few positive populist campaign agendas was to improve relations and work with Russia to solve common problems. Peaceful relations with Russia struck a chord not only with Trump fans but also many anti-war liberals and progressives.

The Democratic diehard Clinton backers turned peace with Russia on its head and made it treason. A ray of light from the years of dark propaganda against Russia has been extinguished. The dark shadow of a war with Russia now looms over the world. The neocons in both the Democratic Party and Republican Party are loving it. War profiteers continue to party just as Trump was about to take away their punchbowl. The endless flow of unaccounted for money continues to pour out of the Pentagon into the pockets of profiteers.

Donald Trump has taken the fight to some big enemies: the MSM, CIA, neocons, liberal interventionists, the military industrial complex, and he even stuck his finger in Israel's eye until he thought better and backed off. That list of enemies and some others such as the banks, oil companies, monopolies, and oligarchs make up a large part of the Deep State.

Trump may be the first president in a long time that was not a full-fledged member of the Deep State. Trump is learning the hard way what Senate Minority Leader Chuck Schumer (D-NY) warned him, or was it a threat: "Let me tell you: You take on the intelligence community -- they have six ways from Sunday at getting back at you."

Unless Trump is a complete dummy he knows that he was had by the Deep State with the false flag of "Assad has used weapons of mass destruction, again!" But he is loving all the attention, admiration and faux respect. He does not know that the Deep State is laughing at him, not with him. Trump was played like a violin as he sinks deeper into the swamp he said he would drain.

Related Topic(s): Assad; Donald Trump Lies; Donald Trump Lies; Putin; Trump Foreign Policy; Trump Idiot-in-chief; Trump Mental State, Add Tags
Add to My Group(s)
Go To Commenting
The views expressed herein are the sole responsibility of the author and do not necessarily reflect those of this website or its editors.