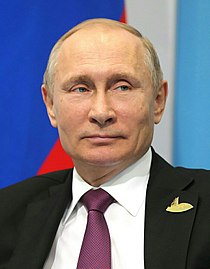 At a time when the credibility of the United States as either an unbiased actor or reliable ally lies in tatters, Russia has emerged as the one major power whose loyalty to its allies is unquestioned, and whose ability to serve as an honest broker between seemingly intractable opponents is unmatched.

If there is to be peace in Syria, it will be largely due to the patient efforts of Moscow employing deft negotiation, backed up as needed by military force, to shape conditions conducive for a political solution to a violent problem. If ever there was a primer for the art of diplomacy, the experience of Russia in Syria from 2011 to the present is it.

Like the rest of the world, Russia was caught off guard by the so-called Arab Spring that swept through the Middle East and North Africa in 2010-2011, forced to watch from the sidelines as the old order in Tunisia and Egypt was swept aside by popular discontent. While publicly supporting the peaceful transition of power in Tunis and Cairo, in private the Russian government watched the events unfolding in Egypt and the Maghreb with trepidation, concerned that the social and political transformations underway were a continuation of the kind of Western-backed "color revolutions" that had occurred previously in Serbia (2000), Georgia (2003) and Ukraine (2004).

When, in early 2011, the Arab Spring expanded into Libya, threatening the rule of longtime Russian client Moammar Gadhafi, Russia initially supported the creation of a U.N.-backed no-fly zone for humanitarian purposes, only to watch in frustration as the U.S. and NATO used it as a vehicle to launch a concerted air campaign in a successful bid to drive Gadhafi from power.

By the time Syria found itself confronting popular demonstrations against the rule of President Bashar Assad, Russia -- still struggling to understand the root cause of the unrest -- had become wary of the playbook being employed by the U.S. and NATO in response. While Russia was critical of the violence used by the Assad government in responding to the anti-government demonstrations in the spring of 2011, it blocked efforts by the U.S. and Europe to impose economic sanctions against the Syrian government, viewing them as little more than the initial salvo of a broader effort to achieve regime change in Damascus using the Libyan model.

Moscow's refusal to help facilitate that Western-sponsored regime change, however, did not translate into unequivocal support for the continued rule of Assad. Russia supported the appointment of former U.N. Secretary-General Kofi Annan to head up a process for bringing a peaceful resolution to the Syrian crisis, and endorsed Annan's six-point peace plan, put forward in March 2012, which included the possibility of a peaceful transition of power away from Assad.

At the same time Russia was promoting a diplomatic resolution to the Syrian crisis, the U.S. was spearheading a covert program to provide weapons and equipment to anti-Assad forces, funneling shipments from Libya through Turkey and into rebel-controlled areas of Syria. This CIA-run effort, which eventually morphed into a formal operation known as Timber Sycamore, helped fuel an increase in the level of violence inside Syria that made it impossible for the Assad government to fully implement the Annan plan. The inevitable collapse of the Annan initiative was used by the U.S. and its European allies to call for U.N. sanctions against Syria, which were again rejected by Russia.

While Russia continued to call for a political solution to the Syrian crisis that allowed for the potential of Assad being replaced, it insisted that this decision would be made by a process that included the Syrian government, as opposed to the U.S. demand that Assad must first step down.

The failed Annan initiative was replaced by a renewed U.N.-sponsored process, known as Geneva II, headed by Lakhdar Brahimi, a veteran Algerian diplomat with extensive U.N. experience. The Geneva process stalled as Brahimi sought to bridge the gap between the U.S.-backed Syrian opposition -- which insisted upon Assad's resignation as a precondition to any talks about the future of Syria -- and Russia, which continued to insist that the Assad government have a voice in determining Syria's future.

Complicating these talks was the escalation of violence inside Syria, where anti-Assad forces, building upon the massive amount of military aid received from the U.S., Saudi Arabia and the Arab Gulf states, aggressively pushed for a military victory that would moot the Geneva II process.

By June 2013 the situation had devolved to the point that the U.S., citing allegations that the Syrian government was using a nerve agent against rebel forces, was considering the establishment of no-fly zones in northern Syria and along the Jordanian border. While sold as a humanitarian move designed to create safe zones for Syrian civilians fleeing the fighting, the real purpose of these zones was to carve out large sections of Syrian territory where the opposition could organize and prepare for war under the umbrella of U.S. air power without fear of Syrian government retaliation.

Committing to a larger war in Syria was not a politically popular move in the U.S., given the recent experience in Iraq, and when Obama met with Russian President Vladimir Putin during the G-20 summit in St. Petersburg, Russia, in September 2013, the Russians suggested a solution -- the disarmament of Syrian chemical weapons under the supervision of the Organization for the Prevention of Chemical Weapons (OPCW). When Secretary of State John Kerry opened the door to that possibility, Russia and Syria jumped on the opportunity, paving the way for one of the great disarmament achievements of modern times, an action that won the OPCW the Nobel Peace Prize for 2013.

Related Topic(s): Al-qaida; Assad; Putin; Russia - Syria Treaty; Russian Diplomacy; Syria; Syria Rebels; Syrian Kurds, Add Tags
Add to My Group(s)
Go To Commenting
The views expressed herein are the sole responsibility of the author and do not necessarily reflect those of this website or its editors.