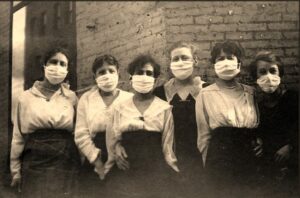 Several weeks ago, following President Obama’s non-state-of-the-union State of the Union message, Louisiana Governor Piyush Jindal was trotted out to give a boiler-plate Republican Talking Points rebuttal. In those remarks, Piyush (The Smiler, to his close friends) mocked an Obama budget item targeted to volcano eruption detection. Smiling into the camera like a swaying cobra he mockingly said, “Instead of monitoring volcanoes, what Congress should be monitoring is the eruption of spending in Washington.”  Wow. Acerbic. Incisive. Exactly what a “Republican Rising Star” (Homeland Security? Department of Defense? Justice Department?) is programmed to say.  Jindal was singling out a $140 million appropriation for the U.S. Geological Survey as an example of questionable government spending.  The Republican Rising Star wanted to know why “something called ‘volcano monitoring’ "was included in the nearly $800 billion economic stimulus bill Obama signed earlier that month. Piyush snickered and sneered into the camera and it was clear why he has had such luck in performing exorcisms. (Or, was it only one?)

Shortly after his smarmy remark about funds for volcano eruption detection Marianne Guffanti, a volcano researcher at the U.S. Geological Survey, said, “We don’t throw the money down the crater of the volcano and watch it burn up.” The USGS, which received the money Jindal criticized, is monitoring several active volcanoes across the Pacific Northwest, Alaska and Hawaii. One of those is Mount St. Helens, about 70 miles north of Vancouver, Washington, and neighboring Portland, Oregon. The volcano killed nearly 60 people when it erupted in 1980 and sputters back into action periodically, most recently in 2004 and 2005, when it sent plumes of steam and ash thousands of feet into the air.

Want another example of what Republicans consider an “eruption of spending” and ridiculously unnecessary? Hmmmm . . . let’s see . . . Oh, here’s one: Pandemic Preparation. You know, trying to prepare for a global disaster caused by a heretofore non-existent virus.  Maybe one that has mutated from a combination of swine flu, avian flu, and human flu viruses. One that has the potential to kill . . . um . . . hundreds of millions of people and against which we have no protection, no vaccine.  As reported today by John Nichols of The Nation Magazine, when House Appropriations Committee chairman David Obey, the Wisconsin Democrat who has long championed investment in pandemic preparation, included roughly $900 million for that purpose -- pandemic preparation -- in this year’s emergency stimulus bill, he was ridiculed by conservative operatives and congressional Republicans.

Former White House-based psychopath Karl Rove and key congressional Republicans aggressively attacked the notion that there was a connection between pandemic preparation and economic recovery. Yeah. What a crazy idea, right? A link between economic recovery and preparing for a possibility epidemiologists and other scientists have been warning about now for several years: A global viral catastrophe that brings everything -- including an economic recovery plan -- to a complete, dead, stop.

Nichols: "Obey and other advocates for the spending argued, correctly, that a pandemic hitting in the midst of an economic downturn could turn a recession into something far worse -- with workers ordered to remain in their homes, workplaces shuttered to avoid the spread of disease, transportation systems grinding to a halt and demand for emergency services and public health interventions skyrocketing. Indeed, they suggested, pandemic preparation was essential to any responsible plan for renewing the U.S. economy."

And, therein lies the Republican resistance -- pandemic preparation (is) essential to any responsible plan for renewing the U.S. economy. Republicans do not want the economy renewed. Renewal would mean Obama has succeeded. Republicans would rather see disease, disaster, chaos, death, panic . . . anything, so long as Obama does not succeed.

As Nichols writes, the attack on pandemic preparation became so central to the GOP strategies that the AP reported in February: “Republicans, meanwhile, plan to push for broader and deeper tax cuts, to trim major spending provisions that support Democrats’ longer-term policy goals, and to try to knock out what they consider questionable spending items, such as $870 million to combat the flu and $400 million to slow the spread of HIV and other sexually transmitted diseases.”

Astonishing? Irresponsible? Criminal? No, just typical Republican political activism. Remember, all Republicans hate America. They hate our political system. They hate our electoral system. And, they especially hate -- and deny --  the science that explains mutating viruses, because it is exactly the same science that establishes natural selection and evolution of the human species, as well, of course, as the evolution of every other form of life on earth.  And, we’ll have none of that atheistic bullshit!

So, here we are, Truthseekers. Poised, again, on the cusp of . . . what? Another silly Y2K scare? A Mayan prediction of the end times arriving in December, 2012? An approaching planet X that is going to suck all humanity into oblivion? A predicted eruption of sun activity soon to wipe out not only our carelessly constructed global electric grid system with titanic waves of super-hot plasma, but also the earth’s magnetic field? Or . . . an easily understandable disease pandemic that could be stopped cold if this country’s political, environmental and medical experts did not have to deal with the insanity of brain-dead right-wing radio talkers, Republican office holders, Republican voters, and wing-nut religious crazy people?

Quick answer: Call your family medical provider and get a supply of Tamiflu or Relenza -- just in case. Long term? Remove Republicans from public life forever. Like cigarettes, they are a danger to our health.

Mike Malloy is a former writer and producer for CNN (1984-87) and CNN-International (2000). His professional experience includes newspaper columnist and editor, writer, rock concert producer and actor. He is the only radio talk show host in America to have received the A.I.R (Achievement in Radio) Award in both (more...)
Related Topic(s): Death; Health; Pandemic; Republican GOP Dirty Tricks; Republican Hypocrisy; Republican-slime-machine; Swine Flu, Add Tags
Add to My Group(s)
Go To Commenting
The views expressed herein are the sole responsibility of the author and do not necessarily reflect those of this website or its editors.