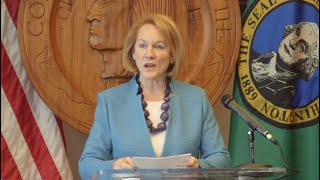 Much has occurred in the 3 1/2 weeks since George Floyd's murder by police in Minneapolis. It's resulted in protests against police in cities and towns all over the US, even worldwide. The video of Floyd being held down by a policeman's knee on his neck and other officers standing by and doing nothing as he pleaded he couldn't breathe and later dying went viral. It's become a watershed event.

Of course there are multiple reasons for the protests.

In particular the public's perception police are not being held accountable for the brutality they commit. Too often they've been exonerated for the killing of black and brown people in the communities where they live. It's not some localized excess of brutality. It's happening in multiple areas of the country. It's why people are saying enough is enough putting teeth into the slogan, "No justice, no peace". It's completely understandable.

Too often it seems police patrolling in minority communities see the people as the "enemy". In contrast young black and brown men profiled, pulled over, searched, physically manhandled see the police as their "enemy".

Well we've had the Minneapolis City Council voting to dismantle the city's police department in favor of a "New system of public safety" which as yet hasn't been decided upon. In the meantime the police department will continue to function.

In Seattle protesters against police became so loud the police abandoned the East Precinct Police Station with the protesters initiating CHAZ, Capitol Hill Autonomous Zone. A sort of anarchist commune has occurred which Mayor Jenny Durkan views as "First Amendment Activities which should be allowed to continue" amid "the community's call for change".

Though police brutality and the lack of accountability has resulted in protests against police nationwide these actions taken in Minneapolis and Seattle are over-reactions that are not facing reality.

We may not have reached the point of facing reality but violent crime isn't going away and community patrols aren't capable of dealing with it. The police are necessary to combat violent and other serious crime while non-violent offenses should be outside their purview.

Police are needed to combat the following:

Retired. The author of "DECEIT AND EXCESS IN AMERICA, HOW THE MONEYED INTERESTS HAVE STOLEN AMERICA AND HOW WE CAN GET IT BACK", Authorhouse, 2009
Related Topic(s): Accountability; Police; Police Brutality; Police Reform; Protest; Public, Add Tags
Add to My Group(s)
Go To Commenting
The views expressed herein are the sole responsibility of the author and do not necessarily reflect those of this website or its editors.