In a ruling which is being celebrated by millions of Americans, Chief U.S. District Judge Vaughn Walker ruled that theCalifornia constitutional amendment imposes a private moral viewpoint without a legitimate governmental interest and tramples on the equal rights of gay and lesbian couples.

Ultra-conservatives in California have been trying for several years to withdraw civil marriage rights of same-sex couples. Thankfully, they've been challenged in the courts and Judge Walker has made a strong, loud and clear statement that equal rights means... equal rights!

Many organizations have been releasing statements in support of the ruling. SaidBarry Lynn of Americans United for the Separation of Church and State, "This is a tremendous step forward for individual freedom and church-state separation. Aggressive and well-funded religious groups conspired to take away the civil marriage rights of same-sex couples in California. That was wrong, and I am delighted that the court has ruled the way it has." Copyrighted Image? DMCA
Human Rights Campaign has initiated a 'thank you' email to the brave couples who took on the state -

Paul Katami and Jeff Zarrillo. Kristin Perry and Sandy Stier. These two committed couples decided they would not be silent while Proposition 8 declared their relationships unworthy of a marriage license.

Their case went to federal court in California, and they won: the court declared Prop. 8 unconstitutional. It was an important step in the long struggle for marriage equality. You can sign a message of support to them here.

The ACLU applauds the decision and calls for more action: 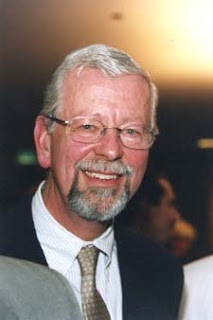 (Image by Unknown Owner)   Details   DMCA
Today's ruling makes clear that Prop 8 is unconstitutional and strikes at the heart of the extremist-driven campaign to deny same-sex couples the freedom to marry. And it's a huge turning point in the decades-long struggle for equality.

Prop 8 proponents have already announced that they will appeal this first-ever federal court decision striking down a gay marriage ban. And it is likely that this case will eventually end up in the Supreme Court.

You can help pave the way for victory there. Sign the ACLU pledgehereto keep working until same-sex couples are allowed to marry everywhere in America.


Amazingly, even Fox News supporters have overwhelmingly voted in a poll there that Judge Walker was right, stopping same sex marriages violates our constitution!

The New York Times discusses how the current makeup of the Supreme Court does not guarantee subsequent victory in this battle for equality.

Most atheist and freethought organizations have held the position that same sex marriages are an equal right and cannot be denied. We all applaud this decision, and hope that in the days and months ahead, as it is challenged, sanity prevails and the day is not far away when two people can marry if they wish.

Additional articles discussing gay rights are noted in the box above.

All images linked to source

Carol is a writer - The Philadelphia Science Examiner - http://www.examiner.com/x-49657-Philadelphia-Science-Examiner, and the Philadelphia Freethought Examiner http://www.examiner.com/x-44168-Philadelphia-Freethought-Examiner; a painter and (more...)
Related Topic(s): ATHEIST; Equal; Marriage Amendment; Marriage Civil Unions; Marriage Equality; Prop 8; Proposition 8; Relationships; Relationships; Rights, Add Tags
Add to My Group(s)
Go To Commenting
The views expressed herein are the sole responsibility of the author and do not necessarily reflect those of this website or its editors.