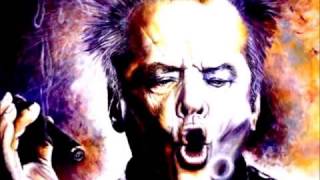 Many progressives are stupid. Unless they get smart soon, "The Resistance" to Donald Trump will fail, just like everything else the Left has tried to do for the last 40 years.

Stupid progressive thing #1: letting yourself be shocked by Trump.

Far too many lefties still can't believe that the Orange One won the election, or that as president he's so stupid and mean and right-wing.

Know the cliche, "if you're not angry you're not paying attention"? If you didn't see Trump's victory coming, you weren't paying attention to the anger of your fellow citizens -- and neither was the Democratic Party. NAFTA cost a million Americans their jobs. Since the 1970s automation has put 7 million people out of work. Democrats marketed themselves as the party of Joe and Jane Sixpack, but Bill Clinton pushed for and signed NAFTA, a Republican idea. Neither Clinton nor Obama lifted a finger to save the Rust Belt; as a candidate Hillary Clinton didn't care either.

For those who opened their eyes to see, every aspect of Trump's "surprise" win was visible in plain sight.

2016's Rust Belt Trumpers were yesteryear's Reagan Democrats and the "angry white males" of the 1990s.

Democratic disunity was another big factor. But the schism between Hillary Clinton corporate Democrats and Bernie Sanders progressives directly paralleled the 1980 split between Jimmy Carter and Ted Kennedy.

Shocked by Trump's radical anti-intellectualism? That his only qualification for the nation's highest political office was celebrity? Don't be.

Trump is merely the logical culmination of a trend that goes back at least to celebrity politicians John Glenn, Clint Eastwood, Ronald Reagan, Arnold Schwarzenegger, Jesse Ventura and Al Franken, all of whom exploited their celebrity to defeat more experienced public servants. Though George W. Bush and Obama both had legislative experience, neither man accomplished much before running for president. Both famously adjusted their voices and accents to come off as dumber than they were.

Trump wasn't a surprise. He wasn't an anomaly. American politics won't get nicer or smarter after he's gone. He's crazy and mean and dangerous -- but he's not a bizarre departure from the American norm.

Worried that Trump will pull a Greg Stillson ("the missiles are flying") on North Korea? Me too. But please get real. Trump's needlessly bellicose rhetoric and gleeful overuse of the war machine hardly represent a radical shift in foreign policy from his predecessors. Obama gleefully ordered a political assassination (Osama bin Laden), financed civil wars that destroyed Libya and Syria, slaughtered thousands of civilians with drones and joked about it. All Trump did was alter the tone of U.S. propaganda from fake they-made-me-do-it to his more honest I-like-it.

Benghazi wasn't a real issue that Americans cared about. Fox News zeroed in on it, pimped it, and pounded away at Obama-Clinton's alleged responsibility for the deaths of American diplomats in Libya until it gained traction and ultimately became a Thing. Republicans know how to alter the playing field.

Related Topic(s): Democratic; Issues; Politics; Progressives; Republican, Add Tags
Add to My Group(s)
Go To Commenting
The views expressed herein are the sole responsibility of the author and do not necessarily reflect those of this website or its editors.