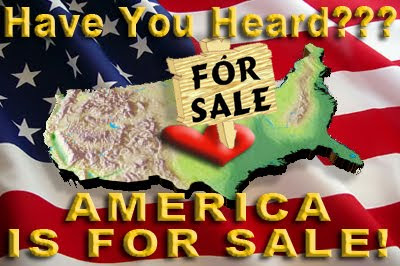 If the right wing have its way, the word "Public" will no longer be a part of our national vocabulary.

The problem with the elitist mentality of the plutocracy which is seeking to destroy anything concerned with "public works" is that they just can't stomach the fact that we all own a piece the American infrastructure. That is what Benjamin Franklin was thinking when he founded the first public library. He didn't claim it for himself. He didn't charge admission or a rental fee for the privilege of obtaining knowledge from the use of the books contained within. He understood that true freedom meant access -- and that access is diminishing with each passing year. The corporations want it ALL for themselves. At this writing it looks as if they might have their way.

I'm not implying that it would be boring living in a corporate-owned police state. They would certainly have enough things out there to distract us, that's for sure. Imagine if every news outlet in the nation were replicas of FOX Noise, the New York Post or the "Excellence" in Broadcasting Radio Network (Rush Limbaugh's outfit). While nothing read in print or heard over the airwaves would be a source of reliable or useful information, it sure as hell would be amusing -- in a perverted sort of way. 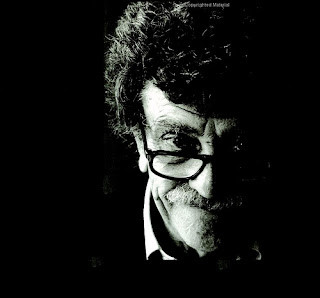 The fact is, a thousand Sean Hannity clones coming at us from every direction, force-feeding us -- not what we need to know, but what they want us to believe -- would be the basis of some really heavy-duty satire. Come to think about it, it's already been done. Kurt Vonnegut went down this dark road 50 years ago in 1961 in a short story called, Harrison Bergeron. Look it up. It's prophetic.

"We can have democracy in this country, or we can have great wealth concentrated in the hands of a few, but we can't have both." -- Louis D. Brandeis

Justice Brandeis died 17 years before I was born, but I imagine those who are old enough (and smart enough) to remember him, miss him as much as I miss Vonnegut.

The problem with the American people is that most of them are just too heart-breakingly stupid to understand what is happening to them -- and I really do appreciate that fact; I really do. This is what makes my job such a delight. Life is beautiful. Thank you, Rupert Murdoch.

Take for instance the relatively new concept of the "Prison Industrial Complex" (and what a concept indeed!) That's right, boys and girls, your government is in the process of turning over the prison system to the private sector. If you have yet to be acquainted with the ramifications of this nasty development, allow me to enlighten you...

All of us (or most of us I hope) long for a day when societal ills are forever eradicated, and America's prison population is diminished to a barely perceptible molecule of what is is today. It's a beautiful dream, is it not? You may say I'm a dreamer, but I'm not the only one. But it's a dream that is never going to see the light of day if these people have their way. Why?

Here's why: Corporations are not created in order to fail. In fact their entire reason for existing is to expand. That is what the founders of IBM had in mind when they started that company 100 years ago this month. They wanted to reach into every facet of American life -- and they succeeded beyond anyone's wildest imagination. Just look around you. IBM is everywhere.

By privatizing the American prison system, these a**holes have created a brand-spanking-new corporate class whose very existence will depend upon those prisons being filled to the rafters with human beings -- FOREVER! As a result, the owners will send lobbyists to Washington, who will then bribe our representatives into passing more-and-more punitive laws that will ensure that those prisons are booked to capacity. How will they make a profit? Forced industrial labor -- which will be just another drain on American jobs. Think about that: forced labor. It's something that was officially terminated in this nation 146 years ago. It was called "slavery."  Remember that "peculiar institution"?

Unlike Nixon's phony "war on drugs" which was launched 40 years ago this past Friday, the targets of the next mass incarceration won't be merely blacks and minorities. Here's a little prediction you can take to the bank, kids: When the prison industrial complex of the right wing's rancid dreams is finally a universal reality in this dying country, it won't make a damned difference what your race is - we'll all be Corporate America's slaves then. I've never been a betting man, but this is too good an opportunity to pass up. Would anyone care to make a little wager on that prediction? Any takers? Hmm???

Why is it that most people refuse to understand what an insanely, monstrous idea this is?

And are you ready for the kicker? Not only do these disgusting creatures want to do away with the Department of Education, they want to privatize the American school system. "Schools for profit." Isn't that a scream? If and when that becomes reality, the generation of kids "educated" under that system won't be educated at all. They'll be indoctrinated. Keep voting Republican.

And how is privatization working out for the commuters of the Indiana Toll Road? Since the uber-nitwit governor Mitch Daniels handed it over to a privately-owned, foreign based firm, the cost of traveling that stretch of highway is about to double what it was in 2006, the year it went "private." The contract the state negotiated, by the way, is for 75 years. I come from generations of Indianans. I'm quite embarrassed by this turn of events. Seriously.

Tom Degan is a former Green Party candidate for New York State Senate. He writes on a blogsite called, The Rant by Tom Degan. He is the recipient of the Presidential Medal of Freedom.....Okay, he didn't really receive the Presidential Medal of (more...)
Related Topic(s): Broadcasting; Corporate; Laws; Plutocracy; Privatized Prisons; Sociology, Add Tags
Add to My Group(s)
Go To Commenting
The views expressed herein are the sole responsibility of the author and do not necessarily reflect those of this website or its editors.