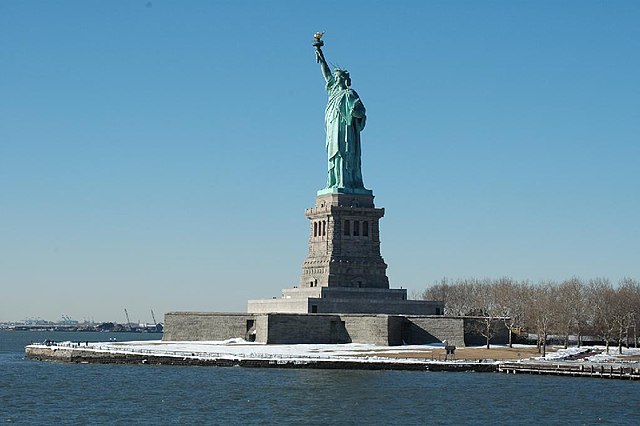 Statue of Liberty
(Image by (Not Known) Wikipedia (commons.wikimedia.org), Author: Author Not Given)   Details   Source   DMCA

Orlando, Florida, 2016, at the Libertarian Party's national convention: "Jim Fulner (MI) moved that we adopt the following resolution: 'Be it resolved, taxation is theft.' Following debate, the resolution was adopted by a voice vote."

Thus making a slogan much-loved by radical libertarians, and a claim implicit in the party's Statement of Principles and platform, official party dogma.

Are Mr. Fulner and the convention delegates (including me) fire-breathing radicals? Well, he certainly is, and I certainly am, and a number of those delegates certainly were.

But here's former Massachusetts governor William Weld, whose reputation as a squishy moderate nearly cost him the party's 2016 vice-presidential nomination (conferred on him by those same delegates), in a speech a decade earlier: "I think coercive taxation is theft, and government has a moral duty to keep it to a minimum."

Slightly weaker tea ("stealing car stereos is wrong, what say we cut it back on that a little, say to two or three a month?") but the sentiment's at least in the same ballpark.

Why do I bring this up? Because in recent discussions with some of my fellow partisan Libertarians, I get the impression that they either honestly don't understand that it IS the party's official position, or else do understand that but think that it's a bad idea to say so in public.

I disagree. A political party should always be completely honest and crystal clear about its positions when addressing the public.

Yes, we want the public to agree with us and to elect our candidates to office.

No, we shouldn't try to trick the public into thinking it agrees with us if it doesn't.

So, I'll say it one more time:

Related Topic(s): Libertarian Party; Taxation, Add Tags
Add to My Group(s)
Go To Commenting
The views expressed herein are the sole responsibility of the author and do not necessarily reflect those of this website or its editors.