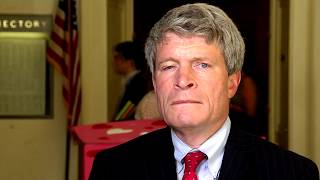 In less than two weeks, a petition calling for Congress to censure President Donald Trump for misconduct and misdeeds has attracted more than 14,500 signatures.

One of the initiators of the petition is Richard Painter, a life-long Republican, professor of corporate law at the University of Minnesota, and chief White House ethics lawyer for President George W. Bush between 2005 and 2007. Discussing the petition, Painter said:

"The Constitution of the United States protects every citizen's right to petition the government for a redress of grievances. And Congress has the right to censure its own members as well as presidents. The behavior of President Trump in his first six months in office, as specified in our Petition, clearly warrants his immediate censure by Congress. I urge our fellow citizens to join us in our effort, and I implore every member of Congress to exercise his or her authority to censure President Trump for his gross misconduct in office as specified in our Petition."

The petition, which can be found on its website, asks both the Senate and the House of Representatives to censure Trump and sets forth a description of misconduct and misdeeds that have occurred since Trump's inauguration, including:

The petitioners plan to collect more signatures and then present them to every member of Congress for appropriate action.

Peter Dreier is E.P. Clapp Distinguished Professor of Politics, and director of the Urban & Environmental Policy program, at Occidental College. His most recent book is  The 100 Greatest Americans of the 20th Century: A Social Justice Hall of Fame  (Nation Books). Other books include: Place Matters: Metropolitics for the (more...)
Related Topic(s): Censure; Congress; Ethics; Petition; Senate; Trump Illegality, Add Tags
Add to My Group(s)
Go To Commenting
The views expressed herein are the sole responsibility of the author and do not necessarily reflect those of this website or its editors.