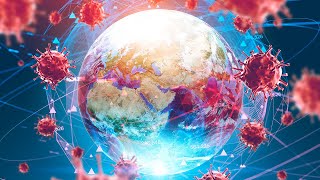 Congress has planned to spend $2.2 trillion to address the unprecedented double-whammy of a public health crisis and an economic crisis. But President Trump and some of his allies are still arguing that we can't solve both problems at the same time. In fact, they're claiming that there is a clear "trade-off" between the two goals. According to this logic, we can either "save Granny" or we can "save the economy" but we can't do both.

In February, when he had a chance to take decisive action to get ahead of the virus, Trump told his advisers not to "do or say anything that would further spook the markets." Trump's weeks of downplaying the crisis, and his failure to prepare for the looming pandemic, deepened the problem.

But having finally acknowledged the seriousness of the crisis last week, Trump is nevertheless expressing false hope against the advice of public health experts that Americans should be able to go to church on Easter Sunday (April 12) and go back to work the following day. On March 26, he proposed identifying "low risk" regions where reducing mitigation and social distancing efforts in order to re-open businesses could occur. Yet public health experts warn that it is too early to get the country back to normal. They have continued to maintain that a nationwide approach is needed to fight the spread of a virus that doesn't respect state or county boundaries.

Trump is clearly more worried that a high unemployment rate and a troubled stock market will hurt his re-election chances than about putting millions of Americans at risk of contracting the virus and dying. He's claimed that the damage to the economy will hurt the country more than escalating deaths from the virus. "You're going to lose more people by putting a country into a massive recession or depression," he told Fox News on March 24.

Trump's conservative allies and some business leaders have echoed this view, and Fox News and Bloomberg News, have amplified it.

"We can't shut in the economy," Larry Kudlow, Trump's top economic adviser, told Fox News. "The President is right. The cure can't be worse than the disease, and we're going to have to make some difficult trade-offs" between protecting Americans from the virus and returning the stock market back to its previous level.

Lloyd Blankfein, the former CEO of Goldman Sachs, tweeted on Sunday that "crushing the economy, jobs and morale is also a health issue and more. Within a very few weeks let those with a lower risk to the disease return to work," he advised. "Whether we like it or not, the choice between lives and the economy is already dictating events," wrote Bloomberg News columnist Clive Crook.

On Monday, Fox News host Laura Ingraham tweeted: "In one week we need to be heading back to work, school, stores, restaurants, and churches with new protocols in place. The risk if we don't is that we lose far more in terms of death, pain and suffering than this pandemic will bring."

Some seem to think the choice between safeguarding the public and economic health is a moral flip of the coin. A former CEO and chairman of Wells Fargo, Dick Kovacevich, wants healthy workers under 55 to return to work in April too. "We'll gradually bring those people back and see what happens," he told Bloomberg News. "Some of them will get sick, some may even die, I don't know. Do you want to suffer more economically or take some risk that you'll get flu-like symptoms and a flu-like experience? Do you want to take an economic risk or a health risk? You get to choose."

Tom Golisano, the founder and chairman of the payroll processor Paychex Inc., told Bloomberg News on Tuesday that "The damages of keeping the economy closed as it is could be worse than losing a few more people. You're picking the better of two evils. You have to weigh the pros and cons."

Likewise, right-wing talk show host Glenn Beck told his audience on Tuesday that older Americans should get back to work in order to "keep this economy going and working," even if that means risking death from complications of the new coronavirus. "I would rather have my children stay home and all of us who are over 50 go in and keep this economy going and working," Beck said. "Even if we all get sick, I'd rather die than kill the country."

It is, perhaps, possible to put a dollar sign on every death as part of a cost-benefit analysis. But a humane society doesn't frame addressing the public health and economic crisis as a "trade-off."

Peter Dreier is E.P. Clapp Distinguished Professor of Politics, and director of the Urban & Environmental Policy program, at Occidental College. His most recent book is  The 100 Greatest Americans of the 20th Century: A Social Justice Hall of Fame  (Nation Books). Other books include: Place Matters: Metropolitics for the (more...)
Related Topic(s): Bail-out; Congress; Corona Virus Coronavirus Covid-19; Economy; Jobs; Living Wage; Recession; Saving Lives; Trump; Unemployment, Add Tags
Add to My Group(s)
Go To Commenting
The views expressed herein are the sole responsibility of the author and do not necessarily reflect those of this website or its editors.