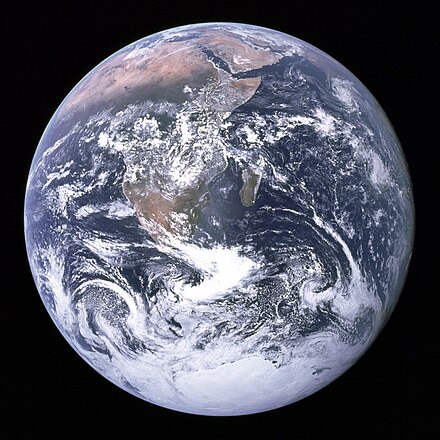 "With so many dramatically interrelated problems, the world would seem to be not just in crisis but on its last legs, in that violent condition where the forces of death grapple with those of life. We are simultaneously experiencing the crisis of the past, the crisis of the future, and the crisis of transition."

Former United Nations Secretary General Ban Ki-Moon has described our world as moving through a time of "Great Transition":

"Throughout the ages, people have said that the world is in the midst of big change. But the level and degree of global change that we face today is far more profound than at any other period in my adult lifetime. I call this period the Great Transition."

This piece is designed as an introduction to a series of occasional notes, based on the idea that we have become habituated or "addicted" to a frame of reference (worldview/paradigm) that is ready to be outgrown.

When I consider the external world situation and observe my inner world, at times I am aware of sadness, anxiety, pessimism and outrage - alongside an intention to make a positive contribution. Also, given the overcoming power of truth, warm-heartedness, the potential each of us has to awaken, and insight born of consequences - I feel trust in the long-term unfolding of events. I also notice a thread of equanimity and a sense of solidarity with all beings.

Never before in the known history of our species have we confronted such complex, interpenetrating and multidimensional challenges. Edgar Morin, among others, has clearly articulated the growing sense of planetary disarray, accompanied by a rising awareness that our current ways of thinking about and framing problems is unlikely to save us from ourselves.

Our growing list of problems include: serious resource depletion, major loss of species diversity, pollution, overpopulation and epidemics, expanding economic exploitation, a rapidly growing gap between the rich and the poor, political oppression and apathy as well as reverses in the development of democracy, a steady rise in authoritarianism, violence, addiction and child abuse/neglect. It should come as no surprise that various forms of numbness, overwhelm and paralysis have set in.

A number of highly respected systems theorists have suggested that we, as a species - Homo Sapiens Sapiens -- are about to face a fundamental test of our maturity and resilience -- an initiation challenging us to grow.

Still, it would seem that the adversity trends listed above, though already quite serious, are not yet compelling enough to focus our collective attention and galvanize us en-mass into concerted action.

Having the already entered into the early stages of this initiation, with its imperative of immediate action, obviously, our greatest opportunity is now. Will we as a species be able to begin the process of maturing in time?

It is absurdly short-sighted to crash blindly into an evolutionary wall and only then to decide we need to take corrective action. We need to begin here and now to purposefully develop a more integrated kind of awareness, conscience and compassion.