Marta Steel suggested I post this. The question is, what name will be used to describe the attack on the capitol building goaded by Trump.?

Twitter hashtags might give. clue-- the hashtag #CapitolRiots is trending. the others that pop up when you type in #capitol are not. 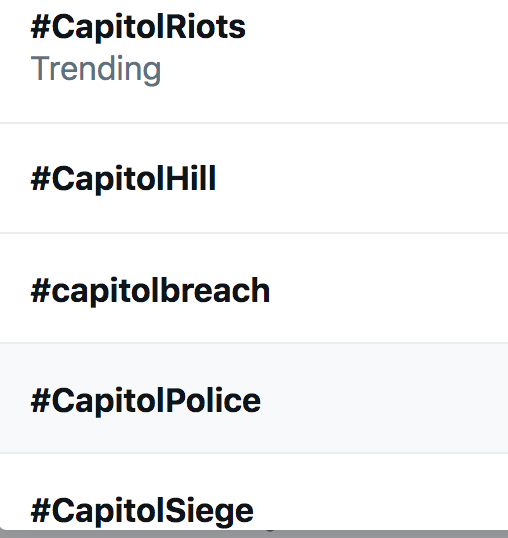 Of course, you don't have to use the word Capitol in the name. Insurrection or sedition are also good words. So we have riot, breach, siege, Capitol, insurrection, sedition. What are you suggestions. Or do some research and see if one name has already emerged, and report your findings.

Related Topic(s): Capitol Hill; Capitol Riot, Add Tags
Add to My Group(s)
Go To Commenting
The views expressed herein are the sole responsibility of the author and do not necessarily reflect those of this website or its editors.