Defying all laws of competitive economics, climate change, and technological progress, the state House has voted in a ratepayer-funded bailout for two aging nuclear power plants 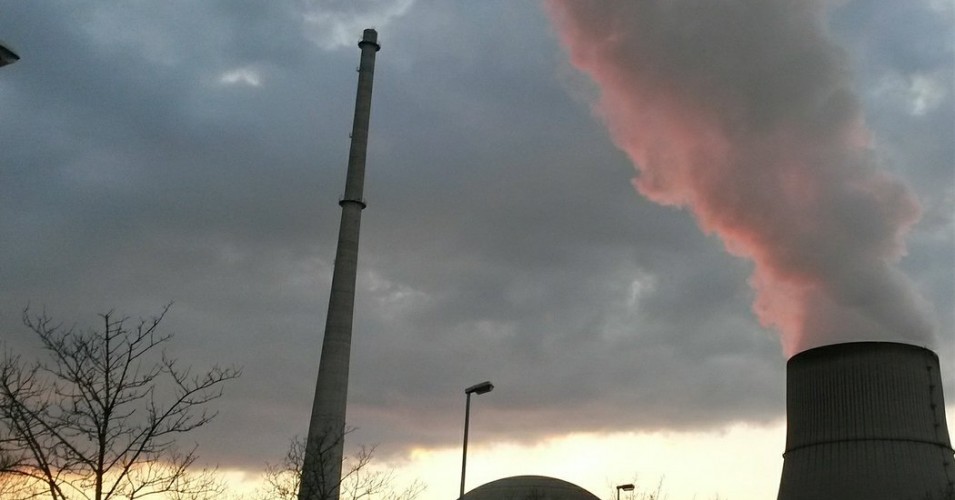 In return for footing this bill, the citizens of Ohio stand to gain obsolete burners that doom their state to dirty air, above-market electric rates, and radioactive danger.
(Image by Photo: GuenterRuopp, Common Dreams)   Details   DMCA

Defying all laws of competitive economics, climate change, and technological progress, the Ohio House has voted in a ratepayer-funded bailout for two aging nuclear power plants on Lake Erie, and two even older coal burners, one in Indiana, but owned by the Ohio Valley Electric Corporation, based in Piketon. According to Politico, a senior adviser to the Trump reelection campaign, Bob Paduchik, pressured at least five members of the Ohio House of Representatives to vote "yes" on the bill.

If it passes Ohio's Senate next week, the astonishing multi-billion-dollar public handout will guarantee the Buckeye State a prime spot in the new millennium's can't-compete Rust Belt rumble seat for decades to come.

Passing 53 to 43 on May 29, the bitterly contested House Bill 6 forces ratepayers throughout the state to fork over $190 million per year in over-market payments to keep the decaying Perry and Davis-Besse reactors in business. The money is to come from all Buckeye electric consumers, even though many get zero power from the plants being bailed out. Ten Democrats voted yes, guaranteeing the bill's passage. Seventeen Republicans voted no, mostly on libertarian grounds.

HB6 was originally marketed as a "clean air" initiative. But the bailouts for the coal burners have stripped even that thin veneer from the bill's real purpose: saving Akron-based FirstEnergy from its ongoing bankruptcy proceedings. The bill strips state funding for renewable and efficiency programs that had saved Ohio millions in utility bills and inched it toward a modern green-based power supply.

The bill also left intact a unique setback clause that prevented big privately funded wind farms from being built in the "North Coast" region along Lake Erie. Many farmers I personally visited in this flat, breezy stretch of agricultural land eagerly support new wind projects, whose lease payments can bring in hefty payments. The potential sites are near urban customers and are criss-crossed with transmission lines.

Despite a huge potential for jobs and profits, the setback clause has left Ohio out of the hunt for big new wind farms. Indiana, Michigan, New York, and Pennsylvania all have at least more than twice as much installed wind capacity as does Ohio. Buckeye lawmakers fret over the roughly 2,000 jobs at Perry and Davis-Besse, but have killed new turbine projects that could create far more in construction and maintenance, while dropping electricity rates throughout the region.

Ironically, because of its historic industrial base, Ohio is a leading producer of wind turbine components -- most of which are shipped out of state because the setback clause has buried the local demand.

Many of the current jobs at the nuclear power sites would be preserved in a decommissioning process. Green activists advocate a "retain and retrain" program that would retain local workers tearing the plants down while training others for jobs in wind, solar, and efficiency.

Now the Senate will debate fossil-nuclear subsidies aimed at protecting a company whose top 10 employees are collectively paid more than $20 million annually. Opensecrets.org has reported that last year FirstEnergy spent more than $3 million on lobbying, much of it to turn a legislature now poised to grant the utility a hundred times that much in public money.

Among the bailout's biggest supporters is the International Brotherhood of Electrical Workers, representing staff at the nuclear plant. IBEW presence was strong at the bailout hearings in Ohio. The union plays less of an advocacy role for the wind and solar industries, whose jobs far outnumber those in coal and nuclear production.

East of Cleveland, Perry was the first U.S. nuclear power plant to be damaged by an earthquake. According to the Nuclear Regulatory Commission, the 42-year-old Davis-Besse has suffered one of the worst U.S. atomic accidents on record.

Related Topic(s): Bailout; Coal Mining; Green; Money; Ohio Politics; Plants, Add Tags
Add to My Group(s)
Go To Commenting
The views expressed herein are the sole responsibility of the author and do not necessarily reflect those of this website or its editors.