Under cover of giving more rights to Haiti Diaspora, the coup d'etat/Duvalierist overseers unconstitutionally amended the Haiti Constitution to extend the power of the Prime Minister of Haiti, normally chosen by foreign powers. The amended Constitution effectively eradicates the power of local governments & municipalities, including taking out the position of mayor. Extended the terms of said parliamentarians. Gives the incoming president the right to control Haiti's Supreme Court and therefore the laws of the land. Then, on May 14, 2011, Haiti's cholera democracy formally inaugurated a "bad boy" Mickey Mouse to govern under the newly adopted occupation constitution" -- Ezili Dantò of HLLN, May 14, 2011

Michel Martelly's inauguration on May 14th brings into effect a new Haitian constitution. This document was drafted and voted on so quickly that, when the parliamentary session closed, the president of the assembly had no time to reread to the lawmakers the amendments on which they had voted the two previous days. The new constitution will be published in French. The version of the old 1987 Constitution in Haitian Creole will not be amended. In effect, this will leave Haiti with one constitution for the rich and another for the poor. 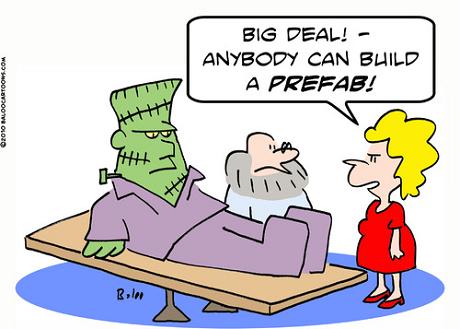 Yes. In Haiti, metaphor and reality casually commingle. One glance at the surface of things often reveals the rest. 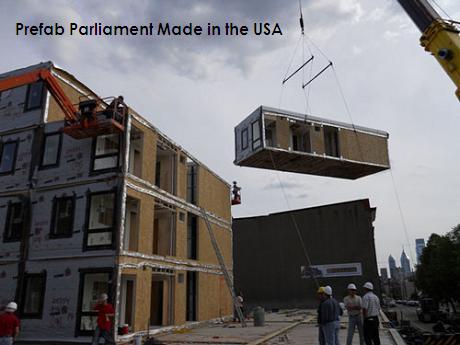 Let us consider in more detail Haiti's parliament. To replace the original structure laid low by the earthquake, MINUSTAH (the UN force) financed a spanking new prefab version for U.S. $800,000. It took less than two months to assemble this prefab parliament. The building, I mean. The actual parliament, that is Haiti's 49th legislature, took slightly longer. It is this prefab parliament that drafted the constitutional amendments.

How Haiti's 49th legislature came to be:

Aristide's majority party Fanmi Lavalas, which enjoys support from 80% of the electorate, was excluded from Haiti's elections and therefore boycotted them. November's elections were a fiasco by all accounts, and the subsequent runoffs in March were a travesty. The presidency was won with fewer than 20% voting, and the parliamentary elections were a complete debacle. The president-elect's party, a prefab cult of personality called "Tet Kale" (bald head) got only 3 parliamentary seats. More than 70 of the parliamentary seats were contested. The outcomes of the contests were rapidly decided by a special prefab court set up by the Office of National Election (BCEN). Its indefatigable prefab judges heard as many as 8 to 10 cases per evening, and their decisions superceded those of the regional electoral courts in the towns where the votes took place.

Despite all this rush, 19 congressional seats (17 house and 2 senate) were still unfilled for the first session of the 49th legislature. The contested seats were initially granted to INITE, the party of Haiti's outgoing president Rene Preval, but the international community, wanting to check INITE's power, declared itself "shocked, shocked, shocked" that there was cheating in Haiti's elections. By the time a decision was reached to yank 15 of INITE"s seats, the prefab parliament had already concluded an extraordinary session to amend Haiti's Constitution.

For years Haiti's 1987 Constitution, written immediately after Duvalier's ouster, has stuck in the craw of colonial powers. When this Constitution was drafted, its text was published in Creole and in French for all to examine. This was followed by a popular referendum in which nearly 90% of the people voted in favor of the document.