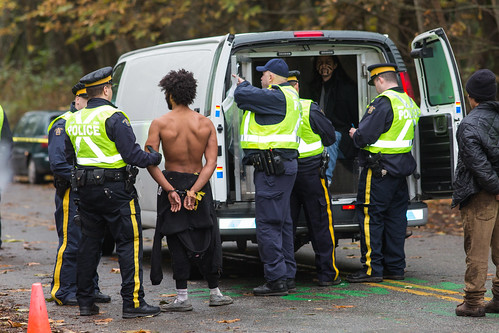 The free press has been under assault for decades. This is not a Trump-thing that will go away when and if Trump is gone. Censorship, covert sabotage, monopoly and co-opting of independent media is increasing and threatens our most basic guarantees under the Constitution.

The people cannot trust and believe what the mainstream media and the government tell us. They have an agenda to protect the rich and powerful, and they do not speak truth for the welfare of the people. Only the free exchange of information, ideas and opinions speaks for the people, to the people and by the people.

This is not a plug for OpEdNews. But it is a plug to financially support independent alternative media of your choice, if you are financially able.

Most alternative media sites do not have paywalls, because their missions and values are not to make a profit, but to promote progressive ideals, anti-imperialism, social justice, peace and the freedom of communication. Alternative media is costly to establish and maintain. Censorship and subversion are making it even more costly.

Years ago, I made a decision not to contribute to large organizations anymore. Instead I pooled those modest contributions and chose one small non-profit, in which I was confident that the money was not being skimmed by fund-raising "administrative" costs, and the contribution would be used for what they said it would. At that time, I chose The Real News Network, which was just getting off the ground. I have now switched to another struggling media site, which has my values, and needs all the help it can get. No need to name which one.

Even just $1 a month from the thousands of people who read but don't contribute would make a tremendous difference to alternative media.

For those that can give more, great. There are some creative ways to do it for those that wish. There may be income tax advantages. Most alternative media sites qualify as a tax-exempt organization. Check it out first. Even if you don't itemize your income-tax deductions, you may be able to contribute tax-free from your IRA or 401-k.

There are creative gift-giving strategies for people with more means. Things like charitable remainder trusts, charitable lead trusts, private legacy foundations, life insurance, beneficiaries to retirement plans, and bequests in your will. These are just a few of the ways that the rich and powerful have used planning for more than a century. Many financial institutions for individuals now make these same tax "loopholes" available to people of lesser means.

When I was working as a Certified Financial Planner, it ceased to amaze me how many people did not have a will. Most people do not realize that your state of residence has a "will" for you if you do not make your own. You may be surprised and shocked to find out what your state law decrees. For instance, not all states automatically give your entire estate to your spouse if you should die without a will (called intestate).

The reason I mentions wills in the same article with alternative media is because some people may want to make a last gift to a worthy alternative media organization when they die. A will is the place to do it.

I don't give financial advice anymore. I retired and gave up all my licenses. So, you need to check with a competent advisor first.

I do give political advice, though. We need to defeat the capitalist-imperialist system even if we have to use their own (disgusting) weapons. Giving to alternative media is one way to help do it.

As Lenin said: "When we hang the capitalist they will squabble over the contract for the rope".