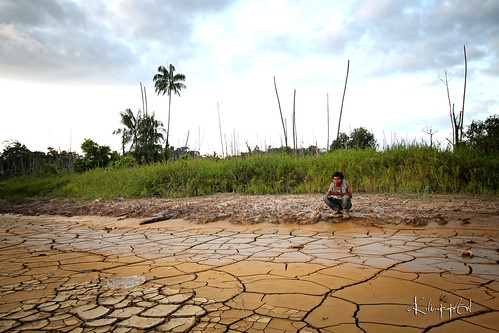 Gentle reader, I am afraid cannot bring myself to offer you the expected "Happy New Year" greeting at the start of this decade.

The traditional phrase for today sticks in my craw. It just seems too ridiculous and inappropriate to our reality to be uttered with any sincerity.

2020 and the decade that it is ushering in is not going to be a "happy" time for the vast majority of us humans on this planet or even to those of us living in this most fortunate of nations, geographically speaking.

Consider: The year starts with North Korea declaring an end its voluntary suspension of nuclear tests and with the US promising a reaction if, as announced, Pyongyang detonates a "new super weapon." The year starts too with the US establishing a new branch of its already unprecedentedly huge and globally deployed military, this time expanding war-making into the realm of space both in low orbit and inevitably onto the moon and beyond. It starts too with the US having quit the Intermediate Nuclear Forces Treaty, and with Russia responding to the threat of nuclear missiles being emplaced minutes from Russia's border by deploying a new type of virtually unstoppable hypersonic cruise missile weapon, promising a whole new international arms race.

The 2020s also promises to be the decade that will likely witness the complete vanishing of the ice cap covering the Arctic Ocean during the late summer months -- something that has never happened in the entire history and prehistory of the human species, and probably the history of our genetic forebears too. It will witness the extinction of perhaps half or more of the plant and animal life-forms that have evolved over hundreds of millions of years, the desertification of vast regions of the globe on which hundreds of millions of humans currently live, and the virtual vanishing of the Amazon jungle. And it will witness a dramatic sea-level rise that by the decade's end will force many cities to face the choice of enduring year-on-year epic flooding and eventual inundation or a pre-emptive migration away from coastlines.

Beyond that, we humans being what we are -- that is to say hard-wired to be tribal, selfish and quick to resort to violence -- and the United States being the hubristic imperialist nation that it is, this promises to also be a decade of unending conflict and war. Probably too, we humans being vulnerable to appeals to our worst instincts in times of trouble and fear, it will be a decade of increasingly authoritarian regimes, including here in the United States.

I want to say that technically we could mitigate this dystopic near future. We could pull together as a nation and wrest control of our political destiny from the pathologically grasping and immoral minority who see, in this coming decade of crisis, only the potential for their own short-term gain. We could also, as a nation, take a leading role in ending international conflict and encouraging a global effort to refocus all our combined resources to ameliorating the damage of all the changes that are about to manifest themselves in such terrifying ways, offering aide to those populations that are most vulnerable, and working to disarm all nations so that resources can be focused where they are needed instead of on mutual assured destruction.

But I'm afraid, on the evidence of all of human and US history, that counting on any of this happening would be magical thinking.

But we cannot go on wishing each other a Happy New Year, and pretending that such a thing is even possible. Did the lovers and wives standing dockside on Dec. 31, 1942 as their uniformed boyfriends and husbands boarded the troop ships headed for the Pacific or European fronts in the early days of World War II wish their loved ones a "Happy New Year"? I doubt it. The wishes would have been on the order of "Good Luck," or "Keep safe!" or just "I love you." Clearly "Happy New Year" would have been rejected as inappropriate for such a moment.

The phrase "Happy New Year" is just as out of place now, and we need to realize how absurd it is.

Cartoonist and political commentator Ted Rall suggests that nihilism is, at this point, the appropriate attitude to have. He may be right. I however am advocating a grim determination to struggle both against denial and willful ignorance on the one hand and against despair and cynicism on the other, and a vow at the start of this critical new year and new decade to work as hard as possible to push back against looming disaster, to challenge militarism, war, nationalism and fascism, to advocate brother/sisterhood and international peace and cooperation, and to demand radical action to try and slow and delay as much as possible the human-caused destruction of our planet.

We can no longer avoid global climate change that will cause incalculable destruction and unimaginable horrors in our lifetimes but we can still, if we take quick (one can no longer say early) decisive collective action, give ourselves and all the creatures of this planet more time to try and adjust to the grim reality that is heading our way, currently at the speed of a runaway freight train.

So I have no "Happy New Year" wish to offer. The best I can do is say, with profound sincerity, "Good Luck!" I also offer the wish that we all can join together peacefully and thoughtfully to resist evil and to try and keep things going as long as possible with the least harm to everyone and to every living thing. Rall claims that the youngest Baby Boomers, those born in the 1960s, may well be the last of humankind who will live out their lives in full and without enduring the horrors of a looming global apocalypse. I would argue that if we Boomers, along with our offspring, really work at it, perhaps we can push back that grim prognosis for a few more generations -- at least beyond the lifespan of all those already born. More than that I cannot promise.

Related Topic(s): Climate Change; Cynicism; Extinction; Militarism; Nationalism; Nihilism; Reality, Add Tags
Add to My Group(s)
Go To Commenting
The views expressed herein are the sole responsibility of the author and do not necessarily reflect those of this website or its editors.