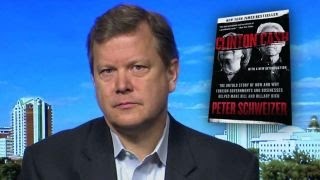 If you were to create a Top Ten list of the biggest journalism sins of the 2016 campaign, The New York Times' alliance with the partisan Republican Clinton Cash author who pushed the fake Uranium One story would surely be lodged near the top of that inventory of failures. The Times spent the 2016 election season buddying up to a Breitbart-friendly writer, Peter Schweizer, who concocted a wild tale about how Clinton, as secretary of state, sold America's uranium supply to the highest bidder. (She did not.)

Recently, the Times was back at it, pushing the same author's conspiratorial work, this time targeting Democratic front runner Joe Biden. Once again, the results were embarrassing and were quickly debunked. The Times newsroom appears to have learned nothing from its 2016 failures.

The somewhat convoluted background to the attempted Biden gotcha story goes like this: Biden's son Hunter engaged in lucrative business activities during the Obama administration, including his work on the board of a natural gas energy company, Burisma Holdings, owned by Mykola Zlochevsky. In 2016, then-Vice President Biden, on behalf of the administration, threatened to withhold $1 billion in aid to Ukraine if the country did not crack down on corruption, including firing the country's top prosecutor. The gotcha claim is that the Biden threat came at the same time the prosecutor, Viktor Shokin, was digging up dirt on Burisma Holdings, where Biden's son served on the board.

Schweizer has been peddling this narrative all year. And which major news outlet stepped forward to broadcast the bogus smear campaign against Biden with a front-page piece that hinted at illegal behavior and expensive pay-offs? The New York Times, which also noted that Trump's personal attorney Rudy Giuliani has been working hard to gin up the supposed Biden conflict-of-interest scandal by speaking to the Ukraine's new prosecutor and keeping Trump updated on the story. (Both Giuliani and Trump are suggesting the Department of Justice look into the matter.)

Related Topic(s): 2016; Author; Bogus Claim; Clinton Cash; Corruption; Peter Schweizer, Add Tags
Add to My Group(s)
Go To Commenting
The views expressed herein are the sole responsibility of the author and do not necessarily reflect those of this website or its editors.