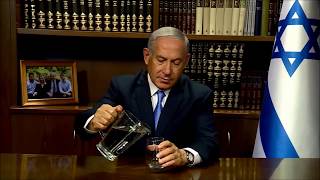 When Israeli Prime Minister, Benjamin Netanyahu, ordered his army to carry out a limited operation in the besieged Gaza Strip on November 12, he certainly did not anticipate that his military adventure would destabilize his government and threaten the very survival of his right-wing coalition.

But it did, far more than the multiple police investigations into various corruption cases involving Netanyahu's family and closest aides.

Thanks to the botched operation in Gaza which led to the killing of seven Palestinians and an Israeli army commander, Netanyahu's coalition has begun to disintegrate, merely needing a final push for it to collapse completely.

It all began with the resignation of the country's extremist Defense Minister, Avigdor Lieberman, who quit his post, two days after the Gaza attack, in protest of the country's "surrender" to Palestinian Resistance.

The even more extreme, far-right leader, Naftali Bennett, was expected to pounce on the opportunity and follow suit. He did not, in a calculated move aimed at capitalizing on the fact that he had suddenly become the government's ultimate kingmaker.

Now, Netanyahu's once stable coalition is hanging by a thread, with the support of only 61 members in the Knesset.

This means that the coalition's once comfortable majority is now dependent on a single MK. One wrong move, and Netanyahu could find himself forced into snap elections, a choice that, at least for now, he dreads.

Netanyahu's options are growing limited. It seems that the age of striking Gaza with impunity in order to score political points with Israeli voters, is, perhaps, over.

Gaza has been used as a stage where Israel flexed its muscles and displayed the latest of its war technology.

While much political commentary is being dedicated to Netanyahu's future and the dirty politicking of his right-wing coalition, Israel's burgeoning problem is bigger than any single individual.

Israel's ability to win wars and translate its victories to political concessions from Palestinians and Arabs have been greatly hampered, and this fact has little to do with Netanyahu's supposed "weakness," as his Israeli detractors often claim.

Some Israeli politicians, however, still refuse to accept that the violence paradigm is changing.

Almost every time that Israel has attacked Gaza in the past, Israel's own politics factored greatly in that decision.

Gaza has been used as a stage where Israel flexed its muscles and displayed the latest of its war technology.

Related Topic(s): Benjamin Netanyahu; Gaza War; Israel; Palestinian; Resistance; Wars, Add Tags
Add to My Group(s)
Go To Commenting
The views expressed herein are the sole responsibility of the author and do not necessarily reflect those of this website or its editors.