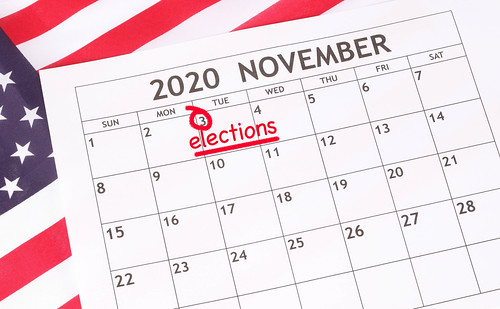 Well, according to the Trump campaign, Democrat rival Joe Biden is the candidate whom Chinese leaders are rooting for to win the presidential election in November. "Beijing Biden" or "Sleepy Joe" would be a gift to China, so it goes.

In turn, trying to out-hawk the Republican incumbent, the Biden campaign paints Trump as being "soft" on China and having been "played" by Chinese counterparts over trade, the corona pandemic and allegations about human rights.

Biden, the former vice president in the previous Obama administrations, has vowed to impose more sanctions on China over allegations of rights violations. He claims to be the one who will "stand up" to Beijing if he is elected to the White House in three months' time.

Last week, Biden declared he was "giving notice to the Kremlin and others [China]" that if elected to the presidency he would impose "substantial and lasting costs" on those who allegedly interfere in U.S. politics. That's war talk based on worthless intel propaganda.

Trump meanwhile asserts that no-one is tougher than him when it comes to dealing with China (and Russia for that matter).

Given the Trump administration's reckless policy of ramping up hostility towards China in recent months, that begs the question: how could a future Biden administration begin to be even more aggressive - short of going to war?

Relations between Washington and Beijing have plummeted to their worst levels since the historic detente initiated by President Richard Nixon in the early 1970s. The precipitous downward spiral has occurred under President Trump's watch. So, how exactly could a prospective President Biden make the relationship more adversarial?

The truth is both Trump and Biden are equally vulnerable to domestic partisan criticism about their respective dealings with China. The belated high-handed approach that both are trying to project is pockmarked with risible hypocrisy.

The Trump campaign scores a valid point when it recalls how former Vice President Biden smooched and feted Chinese leaders with economic opportunities in the American economy.

Likewise, Trump stands accused of lavishing praise on Chinese President Xi Jinping while ignoring the impending coronavirus pandemic because Trump's top priority was getting a trade deal with China.

The fact that both American politicians have U-turned with regard to China in such nasty terms must leave the authorities in Beijing with a deep sense of distrust in either of the would-be presidents.

Biden at one time waxed lyrical about his close relationship with Xi, but as his bid for the presidency heated up, Biden stuck the proverbial knife in the Chinese leader calling him a "thug".

For his part, Trump previously referred to Xi as a "dear friend" while dining him with "beautiful chocolate cake" at his Mar-a-Lago resort in Florida, but his administration has since slammed the Chinese leader as "authoritarian". Trump's racist slurs over the pandemic being "Kung Flu" and "Chinese plague" must give President Xi pause for disgust with the falseness.

Related Topic(s): China; Joe Biden; Russia; Trump, Add Tags
Add to My Group(s)
Go To Commenting
The views expressed herein are the sole responsibility of the author and do not necessarily reflect those of this website or its editors.