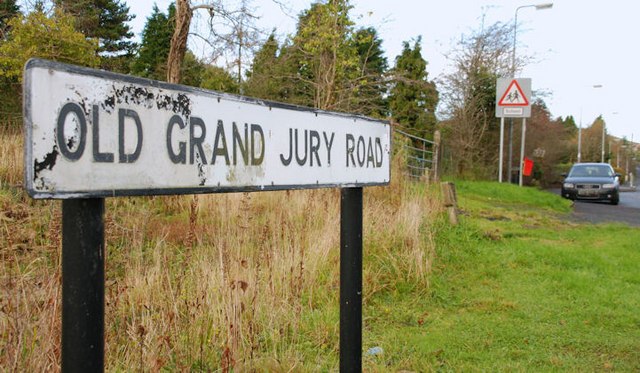 The Wall Street Journal reports that "Special Counsel Robert Mueller has impaneled a grand jury to investigate Russia's interference in the 2016 elections." That report diverges from reality when it comes to purpose. Mueller's aim (and therefore the grand jury's real purpose) is to "get" US president Donald Trump and key members of his administration. "Russian meddling" is just the pretext.

Trump's true crime in the eyes of the establishments of both major political parties is that he beat them. First he whipped a large field of certified establishment Republicans in the primaries, then he shut down the "inevitable" Hillary Clinton in last November's general election. For this he cannot be forgiven. But, well, winning a presidential election isn't against the law. So they have to find something else to nail him on.

It won't be hard.

As the Future of Freedom Foundation's Jacob Hornberger points out, Trump's business background is a target-rich environment. He's spent his whole career operating at the intersection of legitimate business endeavor and government favoritism, and that intersection is a mine field. America's complex web of economic regulation is custom-made for "gotcha" prosecution of those who step out of line (upsetting the political establishment's applecart is definitely stepping out of line).

Not that Trump's special in that regard. We're all potentially at risk. Massachusetts attorney Harvey A. Silverglate's Three Felonies a Day: How the Feds Target the Innocent explains that any or all of us are juicy, vulnerable targets for federal law enforcers should we happen to come to their attention (Trump has come to their attention). These days there are more "crimes" than you can shake a stick at. In fact, shaking a stick at them is probably a crime. Maybe one of the three you or I committed today.

And then there's the catch-all: Conspiracy. Mueller doesn't have to catch Trump red-handed delivering an envelope full of cash to a fixer or an envelope full of secrets to Vladimir Putin. Once he starts securing indictments on the people around Trump for offenses large and small, he can hit his real target by theorizing Trump's peripheral involvement in their crimes (or in covering up their crimes).

Trump is, beyond a shadow of doubt, guilty of high crimes and misdemeanors, including but not limited to pursuing wars of aggression (the ultimate war crime) in Syria and elsewhere. He is therefore worthy of impeachment and imprisonment under both US and international law.

But, sadly, he won't be pursued for those crimes. After all, his pursuers are also his accomplices. In fact, part of their problem with him is that he's shown insufficient enthusiasm for that particular variety of criminal enterprise.

The ultimate crime, in his persecutors' eyes, is Trump's reprise of Rodney Dangerfield's role in Caddyshack. He's the loud, brash outsider crashing their sedate, classy club and embarrassing the beautiful people who think themselves the owners of the country. Therefore, he must go.

And it's beginning to look like he will. Couldn't happen to a nicer guy.

Related Topic(s): Donald Trump; Grand Jury; Impeach Trump; Robert Mueller; Trump Russia Connection, Add Tags
Add to My Group(s)
Go To Commenting
The views expressed herein are the sole responsibility of the author and do not necessarily reflect those of this website or its editors.