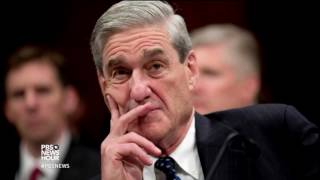 It's misleading to compare the Trump-Russia affair to Watergate. In that Watergate was a scandal, involving illegality by the president and his inner circle, and that impeachment is again justifiably on the table, then yes, there are unavoidable comparisons.

We should not, however, be lulled by the pundits into believing the two are equal in gravity. They are not. At the core of the Watergate affair was what former Nixon press secretary Ron Ziegler once described as a third-rate burglary. In fact, most historians agree that the real Watergate scandal was due in greater measure to the coverup that followed than to the original incursion into the Democratic National Committee (DNC) headquarters by Nixon's Plumbers.

Nixon had swept under the rug far larger mischief than the Watergate break-in over the years. He did so, however, as a private citizen or an elected official of lesser stature. What Nixon failed to fully comprehend was the extent to which his actions in the Oval Office would fall under microscopic examination.

The Trump-Russia conspiracy allegations are more serious, by orders of magnitude. Special Counsel Robert Mueller's investigation asks, did presidential candidate Donald Trump and his inner circle conspire with an adversarial foreign power to interfere with a presidential election and influence the outcome in Trump's favor? There is no parallel or rival in American history.

Trump and his supporters are quick to characterize reporting on Russia story as fakery and Mueller's investigation as a witch-hunt. It had better be, or resignation will be the least of Trump's problems.

All indications, however, point to Mueller and his team preparing to shred the Trump camp's inner circle. Trump and his entourage really, in truth, appear to be absurdly fat targets. That is not to trivialize in any way the immediate and unprecedented threat Trump poses to world democracy. That is quite real indeed. However, the point at which the Trump administration will no longer be legally or politically viable, or both, seems not terribly far off.

News comes today of a Massive Nazi Rally in Poland drawing some 60,000 right-wing demonstrators from across Europe. The organizers and participants of the rally in Poland, according to the report, seem emboldened by leader of the free world Donald Trump's dog-whistle rhetoric, their slogans and chants echoing those of their American counterparts, the white supremacists who marched on Charlottesville, Virginia.

We must take upon ourselves personal responsibility for the removal of Donald Trump and his entourage from power by all lawful means and with great urgency.

We must remember that Trump's rise to power was largely fueled by U.S.-based cable and commercial news -- the same oracles who today assume ownership of prosecuting the charges against their own creation.

We must at every level -- city, county, state and federal -- resist and denounce the radical fascist actors and their demagoguery.

We must not trivialize attempts by the government of Vladimir Putin to interfere through illegal means with a free and fair voting process in America, regardless of its perceived effect on the outcome. The right of Americans to vote is under attack by elements foreign and domestic. This is nothing short of a war on our right to self-determination.

We cannot afford to assume we will be saved by Democratic majorities. The Democrats are in fact easier to push toward democracy. We must push them always.

Regardless of how many times we are told that there is a "leadership vacuum in the Democratic party" or that "a number of Democratic politicians are vying to assume leadership" we must not forget that Bernie Sanders running as a Democrat was the most popular candidate for president, across the political spectrum, in 2016 and still is today.

Never forget democracy is a garden. It must be tended always.

Related Topic(s): Democracy; Impeachment; Mueller Investigation; Personal; Politicians; Resignation, Add Tags
Add to My Group(s)
Go To Commenting
The views expressed herein are the sole responsibility of the author and do not necessarily reflect those of this website or its editors.