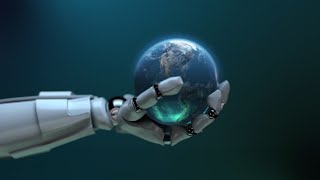 How Will We Make A Living When Robots Take Our Jobs?
(Image by YouTube, Channel: Fw:Thinking)   Details   DMCA

For two decades, the offshoring of American jobs to Asia and Mexico has destroyed the careers and incomes of tens of millions of US citizens, the pension tax base for state and local governments, the federal tax base for Social Security and Medicare, and the opportunity society that once characterized the United States of America.

The rise in corporate profits that resulted from substituting foreign labor for American labor rewarded corporate executives and boards, hedge funds, large shareholders, and Wall Street with profits at the expense of the American population and the US economy.

The low rates of economic growth claimed since the alleged recovery from the 2008 financial crisis that resulted from financial deregulation, a huge mistake made by politicians in service to capitalist greed, is based entirely on under-measuring inflation. Allegedly, Americans have suffered no inflation for a decade, but anyone who buys anything knows that that is a lie. What jobs offshoring did is to destroy the growth in productivity based US consumer purchasing power that drove the US economy. In short, the short-sighted executives, boards, and Wall Street have impaired aggregate demand in the US.

The corrupt Federal Reserve under the incompetent Alan Greenspan ramped up consumer debt to take the place of the missing growth in consumer income. This works until consumers cannot carry any more debt. The subsequent Federal Reserve chairmen have kept the house of cards standing by pumping trillions of dollars into the prices of financial assets.

In my day such inappropriate Federal Reserve behavior would likely have been considered a felony. The Federal Reserve chairmen would possibly have been arrested and put on trial. In the least they would have been forced to resign for bailing out five banks at the expense of the US population.

As nothing was done, today we have financial asset prices based on money printing by the Federal Reserve and its accomplices -- the Japanese central bank, the EU central bank, and the Bank of England. The financial criminality is worldwide.

As bad as the situation is, it is about to get worse. The same self-serving elites who told the insouciant American people that jobs offshoring would create more and better jobs for Americans are now telling them the same thing about robotics.

The accounting firm, PricewaterhouseCoopers, has been hired by someone to put out a "study" that robots will create more new jobs for displaced Americans then they will destroy. This lie will be repeated endlessly by the neoliberal economists and financial media, just as they repeated endlessly that jobs offshoring would do the same.

Having lost the manufacturing and professional skill jobs such as software engineering, robotics attacks the domestic service non-tradable jobs that could not be off-shored, although some of them, such as nursing, could be filled by bringing in nurses on work visas under the false claim that there was a shortage of American nurses. Domestic service jobs have been approximately 90% or more of the new jobs for as long as I have reported on the jobs statistics, which is many years. Now, Americans are going to lose many domestic service jobs to robots.

Artificial intelligence is not necessary for robots to be programmed to do the domestic service jobs that are now the bulk of US employment. Moreover, the current level of robotics imposes the cost of doing business on the customer. If you doubt that, consider your experience the last time you tried to contact a service provider.

People are being made irrelevant. Before long, they won't even know how to drive a car, because self-driving cars will take that function also away from them. The insouciant humans will sit there in the car being brainwashed by the propaganda from their video screens. They will cease to experience a human existence, and, thereby, will become disposable.

Other than disposing of them, how else do you get rid of millions of peoples who have no jobs to support them, peoples whose support are likely to be regarded as a dead-weight loss on the profits of the rich?

Robotics cannot possibly work for a humane society unless the means of production are socialized. Unfortunately, Western peoples are so brainwashed and insouciant that they are incapable of revolution.

Do you want to be erased? That is what American Capitalism is doing to you.

Related Topic(s): Corruption; Jobs; Lies; Offshoring; Robots, Add Tags
Add to My Group(s)
Go To Commenting
The views expressed herein are the sole responsibility of the author and do not necessarily reflect those of this website or its editors.