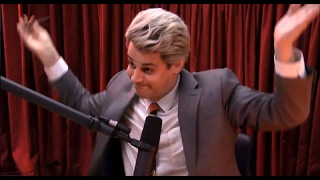 I've had some first-hand experience with pedophiles, and I can tell you that there is no hope for them. There is no therapy, no medication, that's going to make them better. It's in their nature, their psyche, to prey on children. And we have to protect our children from them.

I encountered my first pedophile on my fourth day in prison, where I spent 23 months after blowing the whistle on the CIA's torture program. It was my first day of work in the prison library, where I was hired to wipe off tables for $6.00 a month. Another prisoner asked me what I was in for and how much time I had. I told him and asked about his own case.

"Oh, I have 24 years," he said. I was shocked at the length of his sentence. It was my understanding that a prisoner had to have under 20 years to be placed in a low-security prison. I asked if he minded telling me what he was in for. "I got caught looking at crime scene photos," he said. I didn't understand. "Well, looking at photos of children having sex with adults is a crime. I got caught looking at the photos." I was repulsed. But he went on. "What really did me in was that subfolder." "All right," I said. "I'll bite. What was in the subfolder?" He got excited. "I like to masturbate looking at pictures of dead children. I have a friend who works in a morgue ..." I put my hands up. "Stop! Don't ever speak to me again! Understand?" He did.

A couple of months later I was working as a janitor in the prison chapel. We had a hard-and-fast rule in the chapel: Do not talk about your case. It was supposed to be a quiet place of reflection and meditation, right? But in reality, the chapel was a hangout for pedophiles, just like the library was. They felt safe there, unlike outside in the prison yard, and so they congregated there. And, as you can imagine, they all liked to talk about their cases. One pedophile, whom we called "Chomo the Giant," with "chomo" being prison slang for "child molester," was telling a group he was sitting with how wronged he had been. "She wanted to do it. She came on to me. She said it felt good. We love each other." He was talking about his 15-year-old daughter.

An 80-year-old pedophile in my housing unit was known as "Butt Daddy." That was the chat room userID he used to communicate with an undercover policeman in the sting operation that would eventually wrap him on the NBC television program "To Catch a Predator." When he was arrested, police found a set of handcuffs, rope, a body bag, and a bag of lime in the trunk of his car. Senior citizen or not, the guy meant business.

The point is that these examples are the norm. These are the kinds of people society is up against. "Father Mike" didn't do Milo Yiannopoulos any favors. Father Mike should have been prosecuted and sent to prison for as long as necessary to keep our children safe.

Related Topic(s): Children; Milo Yiannopoulos; Pedophiles, Add Tags
Add to My Group(s)
Go To Commenting
The views expressed herein are the sole responsibility of the author and do not necessarily reflect those of this website or its editors.