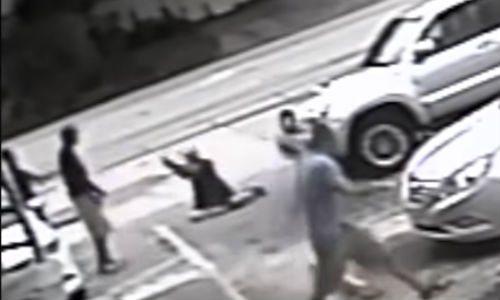 Drejka should never have been charged with a crime.

Pinellas County sheriff Bob Gualtieri initially, and correctly, concluded that Drejka's actions were protected under the state's "Stand Your Ground" law. The charge was only filed after a calculated public relations campaign to create a "public outcry" based on political issues of gun rights and racial injustice.

McGlockton physically attacked Drejka, blind-siding him and taking him by surprise, driving him to his knees in a parking lot with no plausible place to flee (even if Drejka had been obligated to attempt to do so), then loomed aggressively over him as a second potential assailant (McGlockton's girlfriend) moved to Drejka's right. Drejka drew his weapon and shot McGlockton. All of this transpired in a matter of about five seconds.

Florida's "Stand Your Ground" law required a reasonable belief on Drejka's part that firing his weapon was "necessary to prevent imminent death or great bodily harm."

Jury foreman Timothy Kleinman admits that "Markeis Mcglockton unnecessarily provoked Mr. Drejka by pushing him," but claims that "[a]t the same time, using the gun wasn't needed. ... He had time to think, 'Do I really need to kill this man?'"

Forgive me if that statement causes me to doubt that Kleinman or any of the other jurors have ever found themselves in a situation where they were required to make "a kill or possibly be killed" decision over a of span five seconds or less.

Speaking of doubt, let's talk about the jury's obligation. Their job was to find, beyond a reasonable doubt, that Drejka acted maliciously or negligently rather than in legitimate self-defense. Based on the key piece of evidence -- surveillance video from the store -- such a conclusion borders on the impossible.

Even Kleinman admits that Drejka was acting in self-defense up to the instant he pulled the trigger: "I think simply drawing the gun would have been enough." Kleinman had as long to think about that as he cared to take in the comparative safety of the jury room. Drejka had seconds to think about it, on his knees, in a parking lot, during a violent physical assault that took him by surprise.

So why are we here? Because some politicians and political activists found a "lightning rod" case to push their agendas with. That's a bad reason, an inherently corrupt purpose, for charging a man with a crime.

Related Topic(s): Gun Violence; Self Defense, Add Tags
Add to My Group(s)
Go To Commenting
The views expressed herein are the sole responsibility of the author and do not necessarily reflect those of this website or its editors.