Republished from The Grayzone

(Image by The Grayzone)   Details   DMCA
From her influential post at the Treasury Department, Sigal Mandelker has vowed to defend "our great partner, Israel" by sanctioning Iran. Her actions have resulted in FBI interrogations of US citizens who attended a conference in Iran and the likely liquidation of a bank that partnered with the US government.

This is part one of a two part series on the growing impact of the US economic war on Iran.

Several US citizens have been questioned by the FBI and threatened with arrest for their participation in New Horizon, a public media conference held each year in Iran.

The interrogations and threats are the result of orders apparently delivered by Under Secretary for Terrorism and Financial Intelligence Sigal P. Mandelker, a militantly pro-Israel lawyer with longstanding ties to right-wing political networks.

Since Mandelker's appointment as Under Secretary of Treasury in 2017, she has been described on pro-Israel news sites as a "former Israeli" and "Israeli-born."

Asked by The Grayzone if Mandelker currently holds Israeli citizenship, and if so, whether she was given a special exemption that allowed her to obtain a security clearance, the US Department of Treasury did not reply.

Mandelker's actions against the US citizens who participated in New Horizon represent an under-acknowledged but significant escalation in the Trump administration's strategy of "maximum pressure" to bring about regime change in Iran. As the Atlantic noted, Mandelker is "the one with her hand on the lever" of Trump's unilateral sanctions policy against Iran.

Michael Maloof, a former security analyst in the US Department of Defense, was among the New Horizon attendees who has been visited by the FBI. Bureau agents appeared at Maloof's Virginia home in the early morning last May to inquire about his participation in the conference. Sander Hicks, another participant in New Horizon, claimed that others who joined the conference had been threatened with arrest if they attended again.

"OFAC [the US Office of Financial Sanctions Regulations] is supposed to restrict exchanges of money, but this conference was just an exchange of ideas," Maloof told The Grayzone. "They're interpreting the regulations to say that even if you associate with someone who has been sanctioned, you are subject to fines and imprisonment. I haven't seen anything in the regulations that allows that, but they've set the bar so low that anyone can be designated." 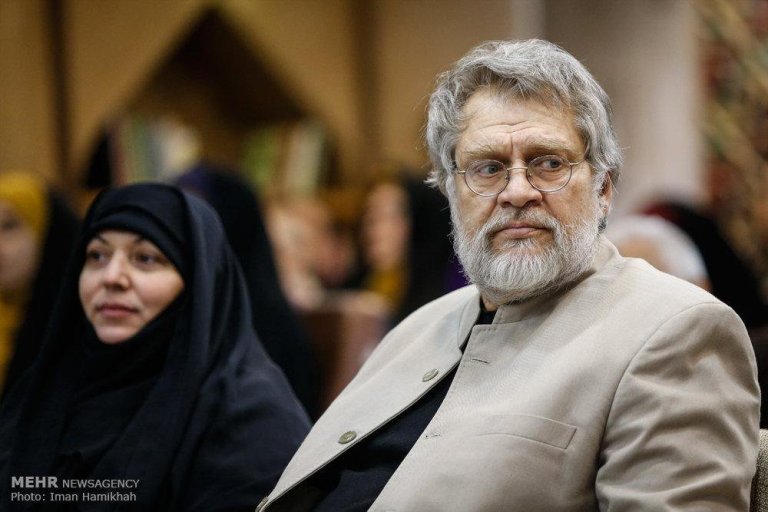 The New Horizon Conference is an annual event overseen by Iranian TV host and filmmaker named Nader Talebzadeh and his wife, Zeina Mehanna, a Lebanese writer. Both were placed under financial sanctions this year by the Treasury Department's Office of Financial Sanctions Regulations [OFAC] on the grounds that they had organized events where Iranian Revolutionary Guards Corps "recruitment and collection efforts were made."

"We wrote to OFAC challenging them about their accusations, however, they only responded by acknowledging the receipt of our letter. Nothing more!" Mehanna complained to The Grayzone.

Related Topic(s): Iran War; Iranian; Trump, Add Tags
Add to My Group(s)
Go To Commenting
The views expressed herein are the sole responsibility of the author and do not necessarily reflect those of this website or its editors.