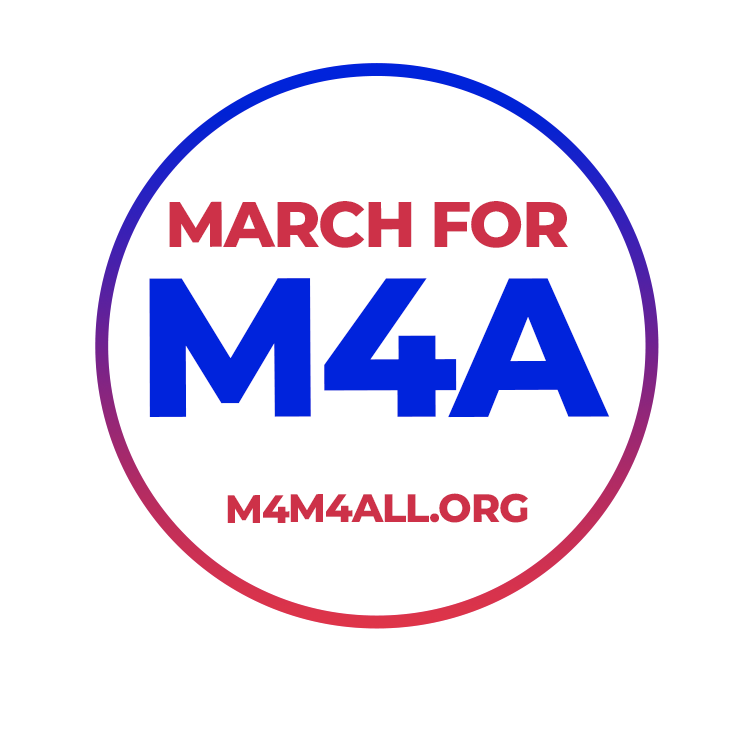 Medicare For All March This Saturday July 24, at a city near you.

Hey liberals! Quit whining and get off the couch this Saturday. Show your support for Medicare For All. It is going to be happening all over the country, and at a city near you. Go to the link to find out where, when and sign the petition.

Bernie Sanders supports the march and is going to lead it. Opps, he's not?

Well AOC and the rest of the Squad will be there. Opps, they're not?

The Justice Democrats have endorsed the march. No?

Every Congressional Democrat has given their enthusiastic support. None, really?

Well, certainly the Socialists (DSA) are for it. What???

That's right. Nobody from the establishment is officially for it. This is a grass roots movement.

Over 70% of the American people want M4A regardless of political party: Democrats, Republicans, Independents,,,

WE ARE ALL IN IT TOGETHER!

We are in the middle of a pandemic. Over 30% of reported Covid-19 deaths did not have medical insurance. Tens of thousand of Americans die every year because they lack healthcare. People are suffering because they cannot afford needed medicines, medical equipment, and assisted living. Many people can not even die in peace with compassionate hospice care.

The first thing that Congress did when WHO declared Covid-19 a pandemic was bail out the banks with Trillion$.

That's right your government does not give a sh*t about you. Nothing will fundamentally change. The wars won't stop. The banks will continue to be bailed out. Corporations and the wealthy will get all the breaks. Billionaires will take joyrides in space on your dime.