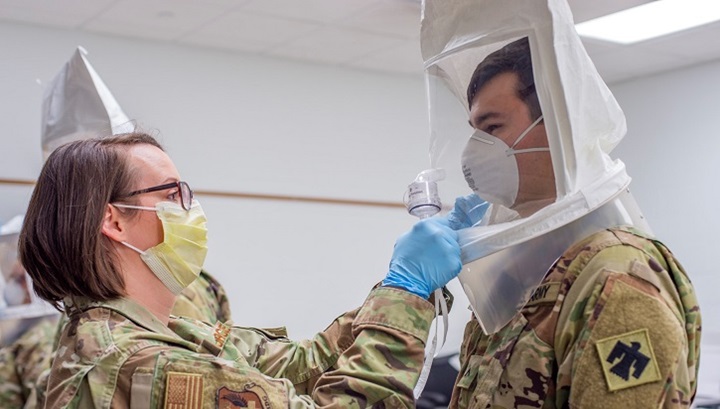 Ode of a Liberal

They passed the USA PATRIOT Act--- and I did nothing because I am a patriot.

They passed the USA Freedom Act--- and I believe in freedom.

They nominated Hillary Clinton--- and I voted for the lesser evil.

They declared medical martial law--- and I didn't want to kill grandma.

They said to wear a facemask--- and I passively obeyed.

I believe Joe Biden--- because I am a liberal.

In 2010 Chris Hedges declared the liberal class as dead as a doornail. He was late. Liberalism had died decades earlier. All that remains now is the separate components of the body of liberalism. The stinking compounds have decomposed into identity politics.

The cause of death for the liberal class, as Chris Hedges tells us, was gullibility. Liberals were foolish enough to believe that they could moderate capitalism. They thought that they could change corporatism by elections, mass movements, whining and begging for incrementalism.

The liberal class started their negotiations by compromising all of their ethics, beliefs, and powers. All they got in return were table-scraps to identity politics. The power elite did not give up anything it really care about. The corporatists raped, pillaged and burned with abandon, while liberals wallowed in political correctness.

Taxes for the rich are the lowest in 100 years. The military budget is the highest in history. The concentration of wealth and income is in the fewest hands. US wars have killed millions of people, and war profits are booming. Labor unions were neutered. Government is privatized. The economy has been deindustrialized. The police are militarized. The working class has been disenfranchised. The middle-class is being impoverished. The unemployed are idle. The poor are criminalized. I could go on, but you get the point.

And what has the liberal class got in return? Token integration. Ending conscription. Adulthood at 18 years of age. Women in the workforce. Acceptance of LGBTQ. A black president. The MeToo movement. Legalized marijuana. A $1200 bailout. Help me out here---what else have the liberal class gotten in the past half-century in return for their soul?