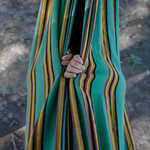 An Interview with Jeffrey Moussaieff Masson, author of "The Assault on Truth: Freud's Suppression of the Seduction Theory":

Q: With all the attention now being given to sexual assault as a result of the MeToo/TimesUp movements, there is also a growing awareness that the problem is not simply with the perpetrators of these crimes, but also with the people who enable, deny, or cover up the crimes. Based on your investigation into Sigmund Freud's private letters, do you think that Freud's body of work needs to be re-considered in terms of these new perspectives?

Jeffrey Moussaieff Masson: Of course it does. We have to ask how is it possible that psychoanalysts for almost a hundred years denied the reality of incest simply because Freud did. Many of them knew both from their own experiences, and from clinical work, that it was real. Even women analysts went along, though some were themselves victims. Freud had doubts he was right to deny the reality of childhood sexual abuse, but kept his doubts to himself. When I was Project Director of the Freud Archives, and worked at his desk in London, I found a series of letters having to do with child sexual abuse in the top right-hand drawer of his desk. This leads me to believe he was preoccupied with the matter right up to his death in 1939.

Q: In your position as Project Director, you thoroughly read all of Freud's private papers. Could you elaborate more on what these papers indicate about his views on the existence of childhood sexual abuse, and when his views on the subject changed?

JM: In the beginning he believed that children were sexually abused in large numbers. Around 1897 he had some 18 patients in analysis, 6 men and 12 women, and he believed that almost all of them had experienced some form of unwanted sexual contact. It is difficult to know what terms to use in English, since Freud was writing to his best friend at the time, Wilhelm Fliess, and using German terms, mostly "attentat" which translates as rape or abuse, but it is not entirely clear what he had in mind. He was convinced that once he presented his findings to the psychiatric community in Vienna, he would be hailed as a pioneer. Instead he was vilified and ostracized. He was profoundly shocked at the response he received from his peers and mentors.

Q: I'm curious about who these patients were. Can you talk about any patients in particular that you feel were abandoned by Freud, because he refused to validate or acknowledge the reality of their experience of abuse? I'm not just asking about sexual abuse, but in regard to any way his women patients may have had their experiences of having been harmed or abused discounted by him. JM: Of course there is a whole literature about patients who were hurt by Freud because he did not accept their reality. Dora comes to mind immediately. Basically she was approached sexually by her father's boss, a much older man, in fact, her father's age. Freud admonished her for not accepting the offer, insisting, against her objections, that she was sexually attracted to him and hinting it would have been a good thing for her to accede. Like any therapist, and it is as true today as it was then, Freud was the victim of his own prejudices and his own areas of ignorance.

He insisted on imposing these deficits on his patients, because he believed he was "well" and they were "sick," so they had to accept his interpretations. This has not changed in one hundred years, and that is why I wrote my book Against Therapy. The most egregious case, in my opinion, is the woman who told Freud she had been savagely raped by her father at age three, and nearly bled to death. Anna Freud refused to publish the letter in which Freud recounts this terrible tale to his friend Fliess. I put it back into the public record. At the time, it was clear that Freud believed her. In fact he said he knew the father and also knew he was capable of doing such a thing. He then told Fliess, I have a new motto for my new science: Poor Child, what have they done to you? Beautiful words, and Anna Freud crossed them out with a red pencil as not being fit to be seen!

Q: That's interesting, in some cases, he did appear to believe the women's stories of having been abused, yet you indicated that he later completely rejected that interpretation. Can you think of another example where it seemed that Freud let his need for peer acceptance overcome his natural inclination to believe his patients?

JM: Emma Eckstein may have been Freud's first patient in analysis. She was from a prominent socialist family and was active in the movement for women's rights. Emma Eckstein is a fascinating case for many reasons. For one, she may well have been Freud's first patient to tell him about her own sexual abuse as a child. He certainly believed her, and was influenced by her, as he admitted in a letter that Anna Freud omitted from her first edited version of Freud's letters to his friend Wilhelm Fliess. Evidently Eckstein knew of other cases like her own--and, this is fascinating--Freud actually asked her to start seeing some of these women in analysis. So she was really the second analyst in the world after Freud, and the first woman. This honor has never been acknowledged by the analytic community to this day, whether it is because she believed in the reality of the sexual abuse of children, or because she was a woman, or because she actually became a victim of Freud's overwrought affection for his friend Fliess, it's hard to say.

Freud at first thought this was "hysterical bleeding," but when it persisted, he called in a proper surgeon who discovered that Fliess had left three feet of surgical gauze in the wound. When the surgeon removed it, two weeks after the initial surgery, Emma hemorrhaged, and nearly bled to death. Freud wrote to Fliess about what happened, and Fliess, instead of profusely apologizing, blamed Freud for blaming him. Freud, desperate to keep his only "scientific" friend--for whom he later admitted he may have had homosexual feelings--eventually agreed with Fliess, and said that the complications and bleeding, that Emma continued to experience for many weeks, were a way of manipulating Freud to come to her bedside. Freud's doctor, Max Shur, was allowed to see the unpublished letters revealing this sorry tale, and he wrote about it.

Anna Freud was deeply upset, and when it was decided that I would publish the full correspondence between Freud and Fliess, she wanted me to omit this story. Of course I said it was part of the public record, and could not be left out. She claimed it was a personal matter and had no scientific interest. I begged to disagree. To her honor, she did allow me to publish the full and unexpurgated version of the letters, and the whole story can be found there.

We still don't know much about Emma Eckstein, beyond the fact that she seems to have been traumatized by this incident, understandably. How long she continued to see patients in analysis is unknown. Freud's relationship with her is also obscure once this episode was over. Evidently the operation disfigured her, leaving part of her nose caved in, and one source said she was confined to a couch for the rest of her rather short life.

Q: It's pretty hard to wrap my mind around the idea that Freud would abandon his patient and colleague, to cover up his friend's staggering malpractice. It seems noteworthy that the patient he abandoned in this way was the woman who first brought to his attention the long-lasting emotional suffering caused by childhood sexual abuse. Can you go back and talk more about how Freud came to abandon his theory about childhood sexual abuse?

Jenny Miller is a writer, activist, and freelance editor, living in California.

EMF Assault: Coming Soon to a Utility Pole Outside Your Home

The Answer to the Question: Why on Earth Would Anyone Vote for Bernie?

Advice from a People's Lobbyist--Taking Action Against 5G