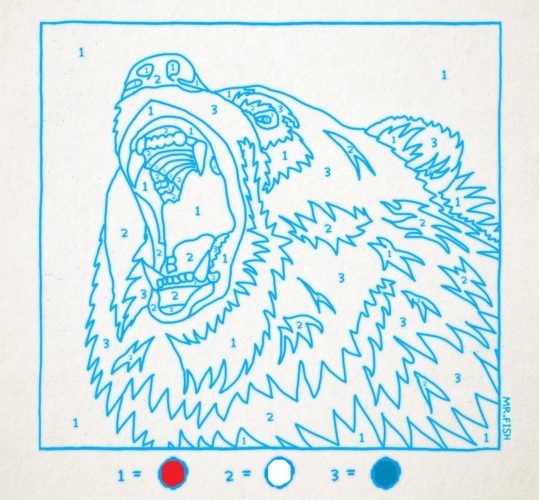 Despite the Robert Mueller report's conclusion that Donald Trump and his campaign did not collude with Russia during the 2016 presidential race, the new Cold War with Moscow shows little sign of abating. It is used to justify the expansion of NATO to Russia's borders, a move that has made billions in profits for U.S. arms manufacturers. It is used to demonize domestic critics and alternative media outlets as agents of a foreign power. It is used to paper over the Democratic Party's betrayal of the working class and the party's subservience to corporate power. It is used to discredit de'tente between the world's two largest nuclear powers. It is used to justify both the curtailment of civil liberties in the United States and U.S. interventions overseas -- including in countries such as Syria and Venezuela. This new Cold War predates the Trump presidential campaign. It was manufactured over a decade ago by a war industry and intelligence community that understood that, by fueling a conflict with Russia, they could consolidate their power and increase their profits. (70 percent of intelligence is carried out by private corporations such as Booz Allen Hamilton, which has been called the world's most profitable spy operation.)

"This began long before Trump and 'Russia-gate,'" Stephen F. Cohen said when I interviewed him for my television show, "On Contact." Cohen is professor emeritus of politics at Princeton University, where he was the director of the Russian studies program, and professor emeritus of Russian studies and history at New York University. "You have to ask yourself, why is it that Washington had no problem doing productive diplomacy with Soviet communist leaders. Remember Richard Nixon and Leonid Brezhnev? It was a love fest. They went hunting together [in the Soviet Union]. Yet along comes a post-Soviet leader, Vladimir Putin, who is not only not a communist but a professed anti-communist. Washington has been hating on him ever since 2003, 2004. It requires some explanation. Why do we like communist leaders in Russia better than we like Russia's anti-communist leader? It's a riddle."

"If you're trying to explain how the Washington establishment has dealt with Putin in a hateful and demonizing way, you have to go back to the 1990s before Putin," said Cohen, whose new book is "War With Russia? From Putin & Ukraine to Trump & Russia-gate." The first post-Soviet leader is Boris Yeltsin. Clinton is president. And they have this fake, pseudo-partnership and friendship, whereas essentially the Clinton administration took advantage of the fact that Russia was in collapse. It almost lost its sovereignty. I lived there in the '90s. Middle-class people lost their professions. Elderly people lost their pensions. I think it's correct to say that industrial production fell more in the Russian 1990s than it did during our own Great Depression. It was the worst economic and social depression ever in peacetime. It was a catastrophe for Russia."

In September 1993 Russians took to the streets to protest the collapse of the economy -- the gross domestic product had fallen by 50% and the country was convulsed by hyperinflation -- along with the rampant corruption that saw state enterprises sold for paltry fees to Russian oligarchs and foreign corporations in exchange for lavish kickbacks and bribes; food and fuel shortages; the nonpayment of wages and pensions; the lack of basic services, including medical services; falling life expectancy; the explosion of violent crime; and Yeltsin's increasing authoritarianism and his unpopular war with Chechnya.

In October 1993 Yeltsin, after dissolving the parliament, ordered army tanks to shell the Russian parliament building, which was being occupied by democratic protesters. The assault left 2,000 dead. Yet during his presidency Yeltsin was effusively praised and supported by Washington. This included U.S. support for a $10.2 billion International Monetary Fund loan to Russia during his 1996 re-election campaign. The loan enabled the Yeltsin government to pay huge sums in back wages and pensions to millions of Russians, with checks often arriving on the eve of the election. Also, an estimated $1.5 billion from the loan was used to directly fund the Yeltsin presidential campaign. But by the time Yeltsin was forced out of office in December 1999, his approval rating had sunk to 2%. Washington, losing Yeltsin, went in search of another malleable Russian leader and, at first, thought it had found one in Putin.

"Putin went to Texas," Cohen said. "He had a barbecue with Bush, second Bush. Bush said he 'looked into his eyes and saw a good soul.' There was this honeymoon. Why did they turn against Putin? He turned out not to be Yeltsin. We have a very interesting comment about this from Nicholas Kristof, the New York Times columnist, who wrote, I think in 2003, that his own disillusion with Putin was that he had turned out not to be 'a sober Yeltsin.' What Washington was hoping for was a submissive, supplicant, post-Soviet Russian leader, but one who was younger, healthier and not a drinker. They thought they had that in Putin. Yeltsin had put Putin in power, or at least the people around Yeltsin did."

"When Putin began talking about Russia's sovereignty, Russia's independent course in world affairs, they're aghast," Cohen said of the Washington elites. "This is not what they expected. Since then, my own thinking is we were pretty lucky after the 1990s to get Putin because there were worst contenders in the wings. I knew some of them. I don't want to name names. But some of these guys were really harsh people. Putin was kind of the right person for the right time, both for Russia and for Russian world affairs."

"We have had three years of this," Cohen said of Russia-gate. "We lost sight of the essence of what this allegation is. The people who created Russia-gate are literally saying, and have been for almost three years, that the president of the United States is a Russian agent, or he has been compromised by the Kremlin. We grin because it's so fantastic. But the Washington establishment, mainly the Democrats but not only, have taken this seriously."

"I don't know if there has ever been anything like this in American history," Cohen said. "That accusation does such damage to our own institutions, to the presidency, to our electoral system, to Congress, to the American mainstream media, not to mention the damage it's done to American-Russian relations, the damage it has done to the way Russians, both elite Russians and young Russians, look at America today. This whole Russia-gate has not only been fraudulent, it's been a catastrophe."

"There were three major episodes of de'tente in the 20th century," Cohen said. "The first was after Stalin died, when the Cold War was very dangerous. That was carried out by Dwight Eisenhower, a Republican president. The second was by Richard Nixon, advised by Henry Kissinger -- it was called 'the Nixon de'tente with Brezhnev.' The third, and we thought most successful, was Ronald Reagan with Mikhail Gorbachev. It was such a successful de'tente Reagan and Gorbachev, and Reagan's successor, the first Bush, said the Cold War was over forever."

"The wall had come down," Cohen said of the 1989 collapse of East Germany and the fall of the Berlin Wall. "Germany was reunifying. The question became 'where would a united Germany be?' The West wanted Germany in NATO. For Gorbachev, this was an impossible sell. Twenty-seven point five million Soviet citizens had died in the war against Germany in the Second World War on the eastern front. Contrary to the bunk we're told, the United States didn't land on Normandy and defeat Nazi Germany. The defeat of Nazi Germany was done primarily by the Soviet army. How could Gorbachev go home and say, 'Germany is reunited. Great. And it's going to be in NATO.' It was impossible. They told Gorbachev, 'We promise if you agree to a reunited Germany in NATO, NATO will not move -- this was Secretary of State James Baker -- one inch to the east. In other words, NATO would not move from Germany toward Russia. And it did."

"As we speak today, NATO is on Russia's borders," Cohen said. "From the Baltics to Ukraine to the former Soviet Republic of Georgia. So, what happened? Later, they said Gorbachev lied or he misunderstood. [That] the promise was never made. But the National Security Archive in Washington has produced all the documents of the discussion in 1990. It was not only [President George [H.W.] Bush, it was the French leader François Mitterrand, it was Margaret Thatcher of England. Every Western leader promised Gorbachev NATO would not move eastward."

"What do you end up with today?" he asked. "Betrayal. Any kind of discussion about Russian-American relations today, an informed Russian is going to say, 'We worry you will betray us again.' Putin said he had illusions about the West when he came to power."

"Trump comes out of nowhere in 2016 and says, 'I think we should cooperate with Russia,'" Cohen said. "This is a statement of de'tente. It's what drew my attention to him. It's then that this talk of Trump being an agent of the Kremlin begins. One has to wonder -- I can't prove it -- but you have to think logically. Was this [allegation] begun somewhere high up in America by people who didn't want a pro-de'tente president? And [they] thought that Trump, however small it seemed at the time that he could win -- they really didn't like this talk of cooperation with Russia. It set in motion these things we call Russia-gate."

Related Topic(s): Election; Gorbachev; Intelligence; Russia And Us Conflict; Russia Bashing; Russia-gate; Vladimir Putin; Yeltsin, Add Tags
Add to My Group(s)
Go To Commenting
The views expressed herein are the sole responsibility of the author and do not necessarily reflect those of this website or its editors.