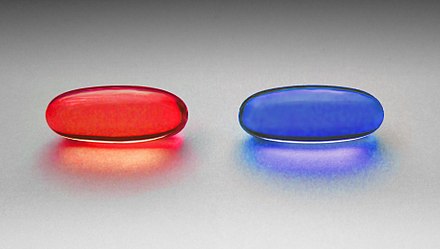 People have to make choices every day. Some choice are quite routine but others seem important and sufficiently difficult that we devote time and sometimes considerable emotion to them.

At times we are faced with an important choice to make and there are two or more options that, while different, seem to be equally good options; simply feeling forced to find some basis for making the decision stressful. This is precisely the kind of dilemma that we face in voting either with plurality voting or in fact many other voting systems. Making the choice is nearly as difficult if we must choose just two when we believe that three or more of the options are equally good options.

In an earlier article, I described two properties that a good voting system should exhibit and I suggested that at least one more such criterion would be coming in the future. I will now make good on that promise. Another good property for a voting system is that it be evaluative, meaning that the voter is not faced with choosing one, or in fact any fixed number of candidates; rather the voter is asked simply to evaluate those candidates that the voter feels comfortable evaluating.

This matter of being forced to choose one candidate to treat specially is precisely what is behind the so-called spoiler effect. And it is the spoiler effect that illustrates so clearly how unsatisfactory Plurality Voting is as system to use for elections. Recall that the spoiler effect can spoil an election in which a majority of the voters favor (equally) two of the available three candidates. The votes of that majority are likely to split evenly between those two favored candidates, resulting quite likely in the election of the one candidate actually favored by the least number of voters.

In this series of articles, we have examined a great many different voting systems. Some were introduced simply to illustrate some point. But there are several voting systems that are used or more likely should be used in elections. Generally these come in pairs, not balanced and balanced. The balanced version is always the better choice, but so far is the version least likely to have been used in an election. Let's consider each of these in turn.

This is the familiar system of voting with which we are all too accustomed. Unless there are just two candidates it is difficult to see why this should ever be used in an election. In this system the voter is asked to choose one of the candidates to vote for.

With Balanced Plurality Voting the voter has the added option of voting against that single candidate.

Related Topic(s): Election; Elections; Voting, Add Tags
Add to My Group(s)
Go To Commenting
The views expressed herein are the sole responsibility of the author and do not necessarily reflect those of this website or its editors.