What is Ranked-choice voting? One might naturally think that it refers to any voting system in which the voter ranks all, or at least some of the candidates in order of preference. But in recent years th e term has more commonly used for denoting a specific voting system in this class that is more aptly termed Instant Runoff Voting (IRV). In this article, ranked voting or ranked choice voting will be used in the more general sense and IRV will be used for the specific voting system.

The new terminology is unfortunate since there actually are many ranked voting systems, that are distinct from IRV. The ballots are the same for all of these voting systems and the voter experience is essentially identical for all of the ranked-choice systems (except that, since the counting differs, voter strategies for gaming the election will vary). But these ranked-choice voting systems differ from one another in how election results are determined from the ballots. The differences are important because these different systems do produce different election outcomes. But IRV does seem unique among the ranked-choice voting systems, not only for being not only the most widely familiar but also for being the most complex.

In my opinion, a voting system should be kept as simple to describe and use as possible, given other competing constraints. In one of the earliest articles in this series I discussed IRV, criticizing mostly its unfortunate complexity. But in the five or more years since I wrote that article I have often returned to this topic with other observations. In an attempt to make it easier to locate these other articles I have established a sub-series of articles consisting of only the articles that in one way or another address IRV. But with now a dozen articles even in this derived series on IRV, it again may be a challenge for someone to cut through all of the observations and pick out only the important arguments against IRV. This article is meant to make this endeavor a bit easier by summarizing the main points and providing links to the articles that specifically address these observations in more detail.

IRV is an improvement over the system, plurality voting, that we commonly use, if only because IRV generally does make a voter feel enabled to more fully express his or her opinions about the candidates in an election. But there remain a number of serious problems, both with ranked voting generally and with IRV specifically:

IRV fails to provide a voter a way to express opposition to a candidate in a convenient or meaningful way. To express opposition requires the voter to produce an ordered list of all of the candidates, including candidates that a given voter may know nothing about. Constructing a long ordered list is a time consuming task in any event but constructing the ordered list of candidates is a particularly challenging process for voters when it forces a voter to introduce arbitrary distinctions between candidates. In turn, this introduces what statisticians would call noise into the data collected through the ballots (voters frequently expressing a preference for one candidate over another whereas in reality there is no such preference) and this renders the IRV election a poor approach to collecting reliable data on voter sentiment. When ballots are counted there is no way to distinguish real preferences from merely convenient inventions. These issues are not specific to IRV, but apply to any of the many ranked-choice voting methods.

IRV can result in faulty outcomes that do not properly reflect expressed voter sentiment. Known as Arrow's theorem, this is a characteristic of all ranked-choice voting systems , not just IRV.

The approach to eliminating candidates that motivated the vote counting used with IRV seems a bit nonsensical or at the very least, naive. Observing that plurality voting works reasonably well only when there are just two candidates, IRV instead simulates a series of elections using plurality voting in order to remove one candidate at a time. But while that makes the last of, perhaps ten, elections credible, the nine preceding elections, each with more than just two candidates, are each of quite dubious validity. This is indeed similar to how we run our primary elections but how in the world can this be considered a sensible approach for a better voting system? It seems at best to be a foolish effort to build a sturdy structure while placing it on on a quite undependable foundation and footing.

IRV can force a voter to make strategic decisions , much as plurality voting does.

IRV makes the counting of votes particularly difficult; IRV is different, but not demonstrably better than the much older Borda system of voting which provides a much simpler approach for counting ballots. 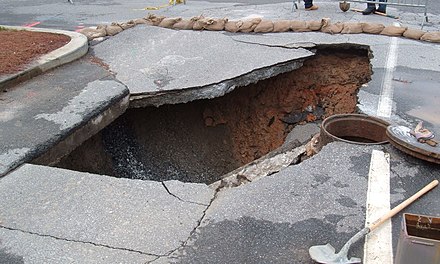 T here is no denying that IRV is the one alternative to plurality voting that has received the widest acceptance and popularity. Perhaps only because other alternatives have received little publicity, the common perception seems to be that IRV is the only available alternative to plurality voting. While that conclusion is widely off the mark, recognition of that perception surely is why so many of my articles have focused on IRV.

But maybe it is only the look and feel of IRV that drives its popularity. If so, I should point out that a modification of IRV called IRBV (Instant Runoff Balanced Voting) has nearly the same look, feel and complexity of IRV while allowing voters to express opposition to a candidate as easily as to express support. That change removes the motivation for voters to make arbitrary choices and for that reason alone, voting will become easier and faster for the voter. IRBV is a significant improvement over IRV and it should appeal to voters for the simplification it brings them.

The difference between IRV and IRBV is that in its motivation, IRBV replaces the use of Plurality Voting (PV) with Balanced Plurality Voting (BPV). BPV improves on PV by allowing each voter to vote either for or against one candidate. This improvement to each of the preliminary counts provides a much firmer foundation to support that final vote.

A concerned citizen and former mathematician/engineer now retired and living in rural Maine.
Related Topic(s): Election; Ranked Choice; Ranked Choice Voting; Voting, Add Tags
Add to My Group(s)
Go To Commenting
The views expressed herein are the sole responsibility of the author and do not necessarily reflect those of this website or its editors.