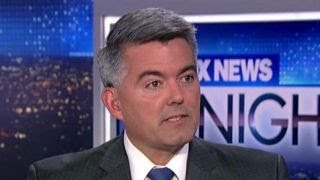 On occasion one reads something which reveals absolute madness has infected the brains of some in the US Senate.

Today this writer became aware of a Senate bill entitled, "Defending American Security from Kremlin Aggression Act ", DASKA of 2019, numbered S-1189 that has been introduced in the Senate which..."require the Secretary of State to determine whether the Russian federation should be designated as a state sponsor of terrorism and whether Russian-sponsored armed entities in Ukraine should be designated as foreign terrorist organizations". [1]

That's right it's a bi-partisan measure that reveals these people have gone completely off the rails.

It's bad enough Trump recently placed Iran's Revolutionary Guard, part of the Iranian Revolutionary Guard Corps, an integral part of the Iranian government, on its terrorism list and Iran reciprocated placing the US Central Command, CENTCOM, on its terrorism organization list, now we get a bill in the US Senate designating Russia as a state sponsor of terrorism.

Here's some of the personal comments of the Senate's co-sponsors of the DASKA bill:

Gardner - "Putin's Russia is an outlaw regime that is hell-bent on undermining international law and destroying the US-led liberal global order."

Menendez - "President Trump's willful paralysis in the face of Kremlin aggression has reached a boiling point in Congress."

Graham - "Our goal is to change the status quo and impose meaningful sanctions and measures against Putin's Russia. He should cease and desist meddling in the US electoral process, halt cyber-attacks on American infrastructure, remove Russia from Ukraine, and stop efforts to create chaos in Syria."

Cardin - "Congress continues to take the lead in defending United States security against continuing Russian aggression against democratic institutions at home and abroad."

Shaheen - "This legislation builds on previous efforts in Congress to hold Russia accountable for its bellicose behavior against the United States and its determination to destabilize our global world order."

This would be laughable if it weren't so serious. "Destabilize our global world order, Russian aggression, Kremlin aggression, create chaos in Syria"? C'mon.

When it comes to destabilizing the world order, it's the US that's the world leader on that score. As for chaos in Syria, it was the US invasion of Iraq in 2003 and subsequent debacle that expanded al Qaeda, created ISIS in Syria , the CIA sponsoring and arming these jihadist mercenaries responsible for creating the chaos in Syria against the government of President Bashar Assad. The war caused a subsequent flood of refugees fleeing the maelstrom escaping and flowing into Europe causing many Europeans to reject the mostly Syrian Arab refugees entering their countries.

These events didn't happen in isolation and disconnected; it was a chain reaction of perpetrated horror upon horror inflicted on innocent people caught in something none of their doing.

Retired. The author of "DECEIT AND EXCESS IN AMERICA, HOW THE MONEYED INTERESTS HAVE STOLEN AMERICA AND HOW WE CAN GET IT BACK", Authorhouse, 2009
Related Topic(s): Senate; Senate Democrats; Senate Republicans, Add Tags
Add to My Group(s)
Go To Commenting
The views expressed herein are the sole responsibility of the author and do not necessarily reflect those of this website or its editors.