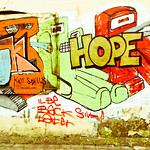 The most pressing issue concerning minors today is the wrenching of children from their parents seeking asylum at the border between Mexico and the United States. One infant was grabbed from her mother while nursing. Others are being caged or forced to live in tents within a former Walmart warehouse. The tragedy is crucial, rising far above most every other issue, though human suffering in devastating ways throughout the world is ongoing.

My focus today is teenagers and the right to vote and participate in politics. There is a precedent from the second half of the nineteenth century: voting as a rite of passage at age 21 for young adults anyway, and enthusiastic youth active in the political process (see Jon Grinspan, The Virgin Vote (University of North Carolina Press, 2016). Politicians running for office courted these first-time voters avidly, inspiring them to participate as well.

My takeoff was an article in yesterday's Detroit Free Press on Democrats in Michigan's state legislature proposing to lower the voting age to 16 for both state and federal elections. Here is what must happen: "[Changing] the state constitution . . . would require a supermajority in the House and the Senate, which is unlikely in the Republican-controlled Legislature, and a vote of the people. To change the U.S. Constitution, Congress would have to pass the change and send it back to the states for ratification. The last time the voting age was changed--from 21 to 18--was 1971."

Now, in that both houses of the Michigan legislature weigh heavily GOP (27-10 in the senate, 63-46 in the house), there's probably not a chance it will be passed, but if the word is spread, perhaps more liberal state legislatures will act on it.

In Washington, DC, USA Today reports that 7 out of 13 members of the council, a majority, favor granting both the federal and local vote to youth as young as 16 years. Because our nation's capital is the bluest "district" (not state) in the country, the measure may send these youngsters to the polls by the 2020 election. Councilman Charles Allen introduced the bill inspired by the huge turnout for the March for Our Lives rally, which attracted hundreds of thousands to the streets in nearly 800 cities all over the county.

Seventeen year olds in many states can vote in federal primaries and caucuses. Registration is possible as early as age 16 in 14 states; in four more the age is 17. Overseas, some South American countries have a minimum voting age of 16, along with Austria and the Isle of Man, Jersey, and Guernsey. In Serbia, Bosnia, and Montenegro, youth ages 16-18 can vote if they are employed. At least 20 allow youth under age 18 to vote. (stats from Wikipedia and Vox)

The history of this trend is beyond the scope of this article--perhaps it could occupy a book and perhaps that book needs to be written. But much of this development is recent.

In their six-step "Ohio Plan" that will clean up the entire election system, which includes paying college students $15 to work at the polls, Bob Fitrakis and Harvey Wasserman showed insight and creative thinking (see their 2016 Free Press book THE STRIP & FLIP SELECTION OF 2016: Five Jim Crows & Electronic Election Theft).

(In the midst of writing this article, I saw a news flash that Trump plans an executive order to stop separating the families seeking asylum at this country's border.)

A further consideration is that car accidents are the number one cause of death among teenagers, and suicide is number two in this country. Is it too far-fetched to suggest/hope/dream that schools across the country place more emphasis on civics study in junior high school and high school, along with associated internships and other relevant activities after school hours? Lowering the voting age might get some youth "out of trouble and into democracy."

Back to the proposed legislation in Michigan, HB 6183 and SB 1064, in that the partisan ratios in the state legislature are 27-10 in the senate, 63-46, favoring the GOP, the District of Columbia is more likely to send 16 year olds to the polls in 2020 than the Frontier State.

In Chicago, youth are being recruited as poll workers; and the organization Let America Vote uses youth interns. The Voting Rights Alliance devotes much energy to training youth to become tomorrow's leaders.

Even in DC, though, it appears that the federal Constitution must be amended for our 16 year olds to vote at the federal level. The local prospect is far more optimistic.

But there are other ways to get youth even younger than 16 as well as older involved in political processes in this country. And I'm not necessarily predicting that a Democratic utopia will result, though college students trend blue as voters and as a result form one of the focus groups the GOP is expending huge efforts to thwart. Only half of millennials (aged 18-29) voted in 2016, as opposed to 58 percent of the country over all. Fifty-five percent voted Democratic and 37 percent Republican.

Back to other ways to get youth involved. Young people, notably of college age, moved mountains in the late 1960s, inspired perhaps by the youth cult JFK introduced when he took office in 1961, and motivated further by his brother-in-law Sargent Shriver with his creation of the Peace Corps, Job Corps, Head Start, and other programs. Did this combat self-destructiveness among youth back then? I would guess yes, not having done the research, which might contribute well to the book I pondered above.