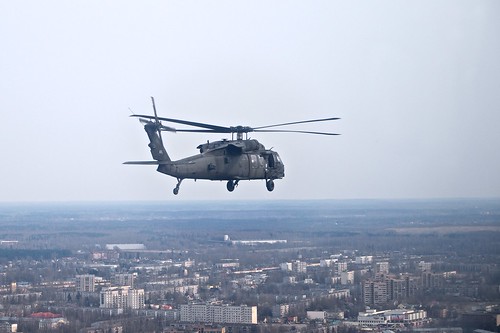 Lithuania will purchase six UH-60M Black Hawk helicopters and associated equipment from the United States worth than $380 million. This was reported by the Defense Security Cooperation Agency (DSCA) of the U.S. Department of Defense on July, 6.

The U.S. Department of Defense noted that the purchase of helicopters will significantly increase Lithuania's capabilities in countering threats from the Russia, help in border control, medical evacuation, search and rescue operations and combat support in any weather conditions.

The contract will be considered by the Congress, which will approve or block the purchase within 30 days.

It is worth noting that Lithuania's transition to American weapons is part of the European Recapitalization Incentive Program (ERIP) which was developed in 2018 by the European Command of the United States. The official goal of the program is to accelerate the transition of allied countries from Russian to American weapons. At the same time, the unofficial goal of this program is to expand American influence in Eastern Europe.

By purchasing weapons from the United States and participating in numerous NATO military exercises, Lithuania seeks to serve the political and economic interests of the United States in the Baltic region. This also includes the fact that the President of Lithuania and the parliament are discussing the possibility of increasing defense spending to 2.5% of GDP.

Despite the deteriorating economic situation in the country and the global economic crisis due to COVID-19, the Lithuanian authorities decided not to support the residents of their state. Once again, the population becomes a victim of militaristic plans for the sake of U.S. political ambitions, which seek to fill the Baltic region with obsolete weapons and pump out the last money from there.

Related Topic(s): Combat; Congress; Corona Virus Coronavirus Covid-19; Economic; Military; Money; Parliament; State; Transition; Washington Greed, Add Tags
Add to My Group(s)
Go To Commenting
The views expressed herein are the sole responsibility of the author and do not necessarily reflect those of this website or its editors.