Let's face it, the FCC's mission to regulate communications media in the public interest, has been beaten to a pulp by politicians of both parties over the last two decades 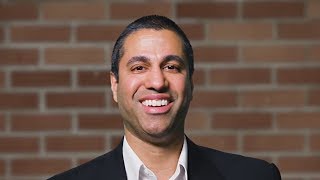 It's life or death for the Federal Communications Commission, and death may be the honest option.

Let's face it, the FCC's mission to regulate communications media in the public interest, has been beaten to a pulp by politicians of both parties over the last two decades. Now Trump's FCC chair, Ajit Pai, wants to kill the wounded agency off, and he may have done it, to all intents and purposes, when he and his two fellow Republican commissioners voted 3-2 to repeal net neutrality rules last December. The Senate may have just voted to annul the FCC's rollback, but this victory is largely symbolic, as the House has no intention of taking up similar legislation.

It would be easy to see this as an abdication of responsibility, but perhaps when Pai criticized net neutrality as a set of "outdated rules," he was right in a terrible way. The FCC is a relic of a bygone age. It dates back almost a century to a time when new technology was bursting with potential for use or abuse, and people were clear about the implications for democracy in a way we don't seem to be today.

Back then, the FCC's mission was forged by social movements that understood that the nation teetered on a brink. Would the US be the land of misogyny, white supremacy, militarism, anti-semitism and anti-immigrant bias, or something better?

Monopoly capital was accumulating unchecked, and while the social justice movements of the 1920s and 30s disagreed about many things, they understood from experience that no one of them stood a chance of shifting power or displacing arrogance without a functioning public information system. The future of the nation could only go in one direction if only those who could pay were allowed to have a say.

That's why FDR appointed Clifford Durr to the FCC. Durr was a civil rights attorney who pursued media justice with a social justice passion because he and the movements at his back believed that diversity, localism, and competition were the only media means to a civil, fair society.

All these years on, we live in a different age. New technology is exploding and capital is accumulating, but decades of paid propaganda have convinced many Americans that government has no business meddling in the business of media. Groups like the AFL-CIO and the NAACP have big-dollar donors and can buy big-dollar ads on the big bosses' media.

Reverse net neutrality? Open the floodgates to more media monopoly? Chairman Pai, a former staffer to Attorney General Jeff Sessions, has in mind to accomplish all that and more. He leads the commission's Republican majority in lockstep, and they've already proposed radical reductions to Lifeline, the meager subsidy that helps low income people -- and especially victims of the 2017 hurricane season -- connect to doctors, nurses, and public assistance. Last year, they wiped out the Local Television Ownership Rule, which required broadcasters to maintain independent local stations too.

As for social responsibility? Big media corporations aren't ignoring the actual human cost of communications break-downs in Puerto Rico, they're just figuring out how to profit off it.

If we don't start learning from our history, and perhaps repeating some of it, we might was well start burning books. Anything with the word "Democracy" in the title.

Related Topic(s): Democracy; FCC; Media; Net Nutrality; Public, Add Tags
Add to My Group(s)
Go To Commenting
The views expressed herein are the sole responsibility of the author and do not necessarily reflect those of this website or its editors.