As matters calm down after the bloody events preceding the transfer of power in Washington, one conclusion is palpably evident. Many Americans have lost confidence in the political leadership and democratic system. Their disenchantment with liberal democracy poses a deadly threat. It has created fertile ground for populist demagogues to tap into deep-seated grievances.

A most alarming development is that a minority of extremists have resorted to mob violence to overturn the verified results of free and fair elections. Their crude attempts to subvert the rule of law have created a volatile environment. Those individuals and organizations involved in unlawful activities must face the full force of the law.

The spectacle of the ransacking of the bastion of American democracy by anti-democratic forces will linger for some time. America's claims of being a model democracy are in tatters. It is a disturbing development for pro-democratic forces throughout the world.

According to a report in 2020 from the University of Cambridge Center for the Future of Democracy, 55% of Americans are dissatisfied with the system of government. The report suggests that the deep democratic malaise is due to the government's failure to manage financial crises and growing inequality.

Partisanship and gridlock in Washington add to democracy's woes. Convincing Americans who feel that democracy is a luxury that they are on the wrong path is increasingly difficult. Politics divided by left and right extremes, unable to find common ground, just isn't working. But the alternatives are authoritarianism and autocracy, a slippery slope to disaster. 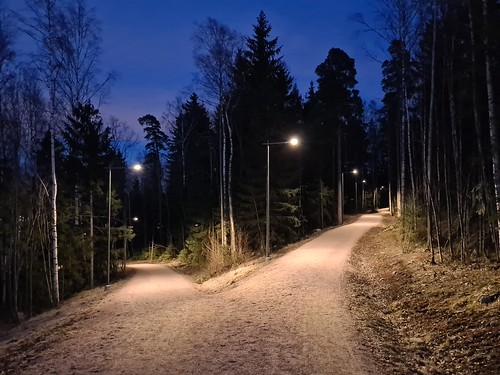 Diverging Paths
(Image by Rd. Vortex)   Details   DMCA
It's not surprising that economic issues drive the growing disillusionment with the political system. As an example, participants in focus groups organized in the US and UK by the Pew Research Center in 2019 felt "left behind". They blamed the forces of globalization for closing industries, causing people to abandon their homes and harming them economically.

Since the 1990s, the globalization of manufacturing jobs has hit some key areas and industries in the US and other western democracies. The primary reason is that multinational corporations, eyeing increased profits, moved operations to lesser developed countries.

Saad Hafiz is an analyst and commentator.

Related Topic(s): Democracy History, Add Tags
Add to My Group(s)
Go To Commenting
The views expressed herein are the sole responsibility of the author and do not necessarily reflect those of this website or its editors.

Liberal democracy is on a perilous path

Misuse of religion can lead to violence

A case for reasoned debates and civil discourse

Budget of hope in Pakistan

Putin set to lose war and peace in Ukraine