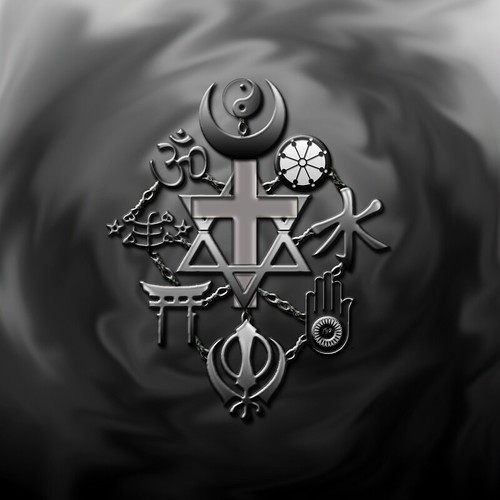 There's no question that the misuse of religion leads to intolerance and bloodshed. No major religion is immune. Yet, the politicisation and weaponisation of religion is a potent tool. It allows entrenched power elites to instigate war and violence. Often the price is the slaughter of the defenseless by heavily armed state and non-state actors.

The fact is that the moral side of religion - peace, tolerance, and compassion - is easily eclipsed once politics and conflict enter the mix. Instead, the dark side of religion - intolerance, murderous wars, and hyper-nationalism - takes hold. The cover of religion, unfortunately, is used to incite the fired-up faithful to wreak murderous havoc. Instigating intra-religious or internal strife are age-old tactics used by power elites in history.

The call to Christians in Europe by Pope Urban II in 1095 to fight a holy war against Muslims was a deadly nexus between religion, politics, and war. The Pope's cry of "God wills it!" launched the campaign to reclaim Jerusalem. It was an early fusion of religious passion and opportunistic politics. Urban's real intent was to use the Crusades to extend the territorial power of the church and create a church monarchy. In the First Crusade's ultimate act, the conquest of Jerusalem, some 3,000 people were killed. Both Muslims and Jews, in an act, are described as religious cleansing.

Christianity's long tryst with the manipulation of religion ended after the Thirty Years' War in 1648. Religious and nationalist strife during the war had merged to devastate central Europe. The reduction in religious conflicts in the West is mainly because of the reduced influence of the Church on the affairs of the state. And the increasing power of secular democratic institutions.

But the secular abuse of religion didn't end. The United States weaponised Buddhism and Islam in South-East Asia and Afghanistan. It was an integral part of its anti-communist campaigns. And Soviet Russia, Tito's Yugoslavia, and China oppressed and killed millions to create Godless societies. It was part of the bid by totalitarian states to impose state-sponsored atheism. The adverse legacy of these actions continues to haunt parts of the world today.

These days the lethal mix of virulent nationalism and religious fundamentalism has shifted to the Middle East and South Asia. It is blended with the exercise of power and politics. And competing nationalism based on religion-based ideologies poses a significant threat to peace.

The conflicts have worsened with struggles for power and conflicting claims on the land. As long as Kahanists and Hamas extremists control the narrative there will be no peace for Israelis and Palestinians. Similarly, Hindus and Muslims can't live in lasting peace until the excesses of Hindutva and Islamism are checked.

After the 9/11 atrocities in New York, the West placed its focus on combating Islamic extremism. It put its checkered past of abusing religion conveniently behind it. The rampaging hordes of the Islamic State (ISIS) in the Middle East butchering civilians, the Taliban blowing up girl's schools in the AF-Pak region, and murderous Jihadi violence in Europe made the headlines. It lent credence to the Western notion that Islam as a religion is out of control with few redeeming features.

Muslims' intolerance to different points of view is primarily blamed for the animus between Islam and the West. Yet like Jewish and Christianity fundamentalists, Islamists believe in total fealty to God's truth. Islamists also negate freedom of conscience and worship. Fellow and non-believers who deny divine revelation are subject to Islamist violence.

The fact is that Islam is facing similar challenges that Judaism and Christianity had great difficulty overcoming. There is a rigid religious conviction that false faiths are unacceptable. Islam, like other religions, is also going through a critical phase where revisionist thinking is disallowed. And a significant minority of Muslims see violence against revisionists as a divinely ordained duty.

Politicians and the clergy have a license to foment bigotry, fears, and suspicions of others. It is based on faith, religion, or spiritual practices. Often it is disempowered and disenfranchised masses who are used to commit murder and mayhem on the dangerous issue of blasphemy.

Such is the expressive battle cry of religion that it is hard to defeat. Even the huge military superiority enjoyed by secular and totalitarian powers has failed. Ending the misuse of religion will remain a fruitless exercise as long as power elites profit from politicising and weaponising religion. And religious extremism will continue to thrive as long as religion is used to gain religious legitimacy and sustains political ideologies.

Saad Hafiz is an analyst and commentator.

Related Topic(s): Intolerance; Manipulation; Peace; Politics; Religion-Politics, Add Tags
Add to My Group(s)
Go To Commenting
The views expressed herein are the sole responsibility of the author and do not necessarily reflect those of this website or its editors.

Liberal democracy is on a perilous path

Misuse of religion can lead to violence

A case for reasoned debates and civil discourse

Budget of hope in Pakistan

Political power for women is essential for nation-building in Pakistan

Putin set to lose war and peace in Ukraine