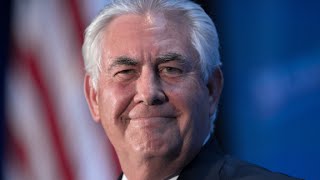 The US has passed another historic week focused on some of the most burning issues of our time, complex and contentious matters that have rightfully provoked many hours of nuanced analysis and intellectual discussion throughout every form of news media: print, video and digital. We refer, of course, to those twin peaks of public concern, embodied in a pair of vital but mystery-shrouded questions that might never fully be resolved:

1. Is Trump fatter than he says he is?
2. Is Trump a foul-mouthed, knee-jerk racist?

Loath as I am to turn anyone's attention away from these unfathomable enigmas, I would like, with your pardon, to point out a bit of news that is of course far less important than Trump's pants size or the question of whether, after 40 years of repeatedly belching crude bigotry in public forums, he could perhaps be said to hold somewhat less than completely enlightened views on racial equality. But I do think it is worth noting, at least in passing, that this week also saw the United States commit itself to an open-ended military occupation of territory in a foreign country with which it is not at war -- in a region which has been turned into a tinderbox of violence and extremism by open-ended US military invasion, occupation and intervention.

This week, Secretary of State Rex Ex-Exxon Tillerson made a formal announcement that the United States -- which has several thousand troops on the ground in Syria -- will keep its forces there until the government of President Bashar al-Assad is overthrown. In other words, the United States has now embarked on a military regime change operation in Syria -- in flagrant contradiction of Donald Trump's repeated promises not to do such a thing. (I'm sure you join me in astonishment at the idea that Donald Trump would ever lie or break his word about anything.) As Buzzfeed reports:

"The speech represents the most comprehensive case Tillerson has ever made for a lasting US military presence in the war-torn country and marks a departure from language drafted between the US and Russian officials in Vietnam in November.

"The remarks also are a significant departure from President Donald Trump's campaign rhetoric, which maintained that the only objective the US should have in Syria is fighting ISIS, and are likely to revive debates in Congress between staunch advocates of regime change and those who fear an open-ended commitment to a US presence in Syria.

"'What we should do is focus on ISIS. We should not be focusing on Syria,' Trump said in October 2016. 'You're going to end up in World War III over Syria if we listen to Hillary Clinton.'"

Tillerson said this week that the "regime is corrupt, and its methods of governance and economic development have increasingly excluded certain ethnic and religious groups." Well, he should know; he's a leading player in just such a regime. And he and Trump work in close partnership with another such regime -- Saudi Arabia -- especially in their extensive collusion with the Saudis (first launched by Obama) to wage a war of berserking aggression against Yemen, killing many thousands of innocent people and plunging millions into starvation and famine. But in this case, Tillerson was apparently talking about the Syrian regime, which is indeed full of bad hombres, but is nowhere near as exclusionary and corrupt -- and dangerous to the world -- as our bipartisan elite's buddies in Riyadh.

Early on, we were told that US warplanes were attacking Syria to root out the ISIS forces trying to take over the country, but there would be no "boots on the ground." Then we were told a small number of boots (and the soldiers wearing them) would be required to help target the air attacks. Then we were told, belatedly, that at least 2,000 (many put the figure as high as 5,000) pairs of US boots (with accompanying soldiers) had somehow been installed on Syrian territory while no one was looking. (Or rather, while everyone was looking at the latest emissions from Trump's nightly sessions of playing with his Tweeter on the toilet.) But all of this, we were told -- first by Obama, then by Trump -- was simply in service of a single goal: defeating ISIS in Syria.

To accomplish this singular mission, the US supported rebel fighters made up largely of Islamic fundamentalists, some of whom were even from Syria. The US-backed militias often worked closely with another rebel group, Al-Nusra, a franchise of al-Qaeda. It's undisputed that millions of dollars worth of US weaponry somehow ended up in the hands of al-Qaeda during the course of the war, most of it passed through or sold by the rebel groups backed directly by the US. This particular noble effort of aligning with al-Qaeda and other extremists to overthrow yet another secular government in the Muslim world (Iraq, Libya, and reaching back to the days of good old godly Jimmy Carter, Afghanistan) began under the noble administration of the entirely scandal-free Obama, and has been accelerated by Trump.

Despite these efforts, ISIS (which also somehow ended up with scads of US weaponry) was not defeated until Russian forces combined with the Syrian army in a brutal, mass-slaughtering campaign very reminiscent of the US invasion of Iraq under the now-huggable George W. Bush. In any case, ISIS is pretty much gone -- but Trump has planted his rump firmly on the Syrian sand irregardless.

So indefinite intervention and occupation are now on the cards. I'm so old I can remember when cynical nay-sayers were taken fiercely to task by the most thoroughly vetted and verified true-blue liberals for suggesting that this was the intention all along -- even during the days of Obama, who has such a nice family and loves dogs and who was (as the NYT solemnly told us) as prayerful and mindful and godly as St. Thomas Aquinas when he met with his security apparatchiks in the White House every blessed week to go over the lists of people to be assassinated around the world on the basis of secret "intelligence" whose provenance and credibility remains forever shrouded in mystery. (Although I think we can safely assume it was at least as credible as the "intelligence" that led to the aforementioned mass-slaughtering war of aggression launched by the noted portrait painter George Bush.)

I suppose it's not really surprising that our vetted and verified professional progressive liberals were largely untroubled by the fact that their hero and champion was running a death squad out of the Oval Office; as we all know, partisanship is thicker than blood. (Although to be fair, our verified progressives weren't really all that bothered even when Bush was running the presidential death squad.) But given such thick, oozing partisan gooeyness, I guess it's no surprise they didn't object to Obama's ever-expanding intervention in Syria. (Just as they said doodly squat about Obama's essential role in the Saudi assault on Yemen -- the second greatest war crime of this atrocity-choked century.)

But given their revulsion to every aspect of Trump's corporeal being, you'd think they would find -- or at least fake-- a modicum of outrage over Tillerson's announcement of an armed regime change operation in the white-hot center of the Middle East cauldron, with the armies and militias of Russia, Syria, Turkey, Iran, the Kurds and various Saudi-backed extremists all thrashing around in the pot: a situation that some trenchant analysts say could easily "end up in World War III."

Yet once again, it's all quiet on the progressive front. Democratic leaders -- I'm sorry, "Resistance" leaders -- like Nancy Pelosi, Adam Schiff, Dianne Feinstein, Mark Warner and newly minted progressive liberal hero Doug Jones have all found ample time to give Trump (and that cute-as-a-little-bug enforcer of his, Jeff Beauregard Yezhov Sessions) vastly expanded surveillance powers over American citizens. But thus far the Democratic resistance has not said one word about this new declaration of a permanent commitment to use US military power to force regime change on yet another nation.

Related Topic(s): Donald Trump; Media Distortion; Media Garbage Drivel; Regime Change; Syria, Add Tags
Add to My Group(s)
Go To Commenting
The views expressed herein are the sole responsibility of the author and do not necessarily reflect those of this website or its editors.