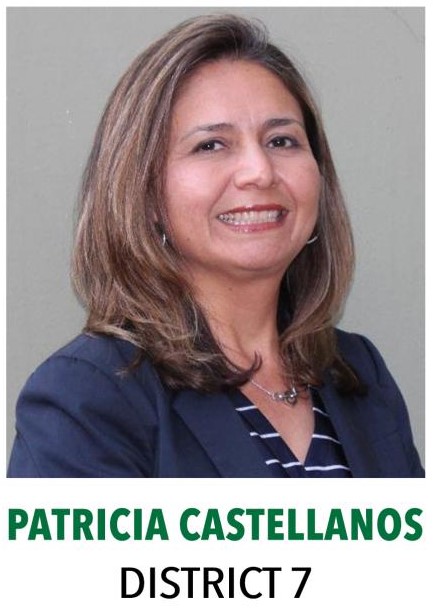 The "LAUSD should not send mixed messages to parents by claiming [an] interest in their perspectives, but making it nearly impossible to participate, let alone attend school board meetings"

The race to replace long-time Los Angeles Unified School District (LAUSD) board member Richard Vladovic in Board District 7 provides an interesting case study on the benefits of term limits. Incumbents have an advantage in any election, but this is intensified in Los Angeles where millions of dollars are spent on school board elections. Without the help of the deep pockets of special interest groups like the California Charter School Association, it is nearly impossible for ordinary citizens to get their voices heard. Cleared of this obstacle, five candidates have stepped forward and given voters a real choice in the March 3, 2020, primary.

The choice before the voters of Board District 7 is not an easy one. In deciding on whom to endorse, I changed my mind several times before coming to the conclusion that Castellanos is the best candidate to fill Dr. V's footsteps. In the end, the decision was made through a process of elimination:

Mike Lansing: Lansing was the easiest candidate to eliminate. He is widely considered to be the candidate supported by the charter school industry. If he were to win the race, charter schools would regain the majority that they lost with the felony conviction of Ref Rodriguez. Furthermore, he is the only candidate in this race who did not reply to my request to answer questions about important issues facing the district. If a candidate will not answer questions when he is looking for votes, how responsive will he be as a board member?

Tanya Ortiz Franklin: Franklin was also not difficult to eliminate. Her ties to Antonio Villaraigosa and Marshall Tuck along with the endorsement of Monica Garcia are clear enough examples of the danger that she presents to public education in Los Angeles. Additionally, when answering my questions about special education showed a viewpoint that should concern any parent or guardian with a child who has moderate to severe special education needs, particularly those who attend special education centers, career transition centers (CTC) or non-public schools. While she would not "quickly" close down these options, they would still be on the chopping block. The last thing our most vulnerable students need is an ally of Nick Melvoin's views on special education sitting on the dais.

Lydia Gutierrez: This is where the choice gets harder. I endorsed Gutierrez in her 2015 run against Vladovic and stand behind the key line in that endorsement: when it comes to politics, Gutierrez and I may not agree on many issues, but we see eye to eye when it comes to education policy. She is particularly strong on the issue of special education and if she makes the runoff against Lansing or Franklin, I will back her without hesitation. However, given the strengths of the other opponents, I cannot endorse her in the primary.

Silke Bradford: Of all of the answers provided in the LAUSD School Board race, I felt that Bradford's were the strongest. This is a testament to her experience and her preparedness for the job. Additionally, she is endorsed by the California School Employees Association, a union whose members I greatly admire. For these reasons, I had a difficult time reaching a final decision.

In the end, the deciding factor was input from an education activist in Oakland where Bradford served as the Director of Quality Diverse Providers/Office of Charter School for almost five years. While her answers to my questions suggested that she would hold charters accountable as a board member, it was the activist's opinion that she had not done so in Oakland, with its high rate of these publicly funded private schools. While it is possible that she learned from her experiences in Oakland and they make her better prepared to write the regulations that the LAUSD needs, the risk to the survival of public schools is too great to take that leap of faith.

With all of the other candidates eliminated, Patricia Castellanos gets my endorsement.

While the LAUSD Board desperately needs parent representation, the Board District 3 field of candidates shows that being a parent is not enough. In that race, Elizabeth Badger and Marilyn Koziatek both have children in LAUSD schools, but neither, I feel, is qualified to sit on the board.

As a board member, Castellanos would be well qualified to represent her constituents. She has a long history of public service, including with the LA Alliance for a New Economy (LAANE) and was a co-founder of Reclaim Our Schools L.A. (ROSLA). These were two of the groups that were instrumental in promoting the Give Kids a Chance platform that outlined the student-centered demands of UTLA leading into last year's strike.

Castellanos' experience as L.A. County Supervisor Sheila Kuehl's Workforce Deputy also gives her a conduit to the Board of Supervisors. This is of vital importance given Gavin Newsom's ill-advised compromise with the charter school industry that allows county boards of education to authorize charters rejected by elected school boards. These connections are necessary if the LAUSD is to stop the Los Angeles County Office of Education from approving failing charters within its borders like the Magnolia Science Academy and North Valley Military Academy.

When I spoke with Castellanos she downplayed her knowledge of special education issues. However, she quickly summarized the root of the problem by stating that parents do not feel respected as they go through the process of obtaining services for their children. Understanding that basic issue is the starting point that is needed for addressing everything that is wrong with the delivery of services within the district and propagating great programs that we already have.

Castellanos' understanding of the problems faced by parents and guardians who have children with special education needs is forged by her own experience as an LAUSD parent. It is time that that voice is present in all board deliberations. I urge a vote for Castellanos on March 3.