"Sometimes the negative publicity benefits the other side, but it didn't work this time"
- Scott Schmerelson

Almost a week after the election, Los Angeles Unified School District (LAUSD) candidate, Marilyn Koziatek, has conceded that "the results of this election mean that I did not win". Despite spending $6,443,125.44 (or $58.16 per vote), the charter school industry was unable to secure this District 3 board seat. Presumably, Koziatek will continue working on the Granada Hills Charter High School leadership team.

In her concession post on Facebook, Koziatek expresses pride in a "terrific campaign" and the fact that her young "sons got to watch [her] take a bold leap to run for elected office". Her children were also watching as her supporters sent mailers that she herself described as "crude", "inappropriate" and "unacceptable." All children within the Board 3 boundaries were witness to the overt lies in the daily bombardment of their mailboxes. The Jewish children of Los Angeles along with her opponent were subjected to the anti-Semitic attacks of the CCSA campaign and students in LGBTQ+ families were victimized when Koziatek posted a picture of her family posing in front of a logo of an organization that fosters anti-gay bigotry.

(Image by Marilyn Koziatek for School Board 2020)   Details   DMCA
Just like in the Bennett Kayser campaign, the charter school industry proved that they were willing to ignore any semblance of ethical behavior in order to win. It has now been revealed that a Parent Leader from Speak UP, one of the groups supporting Koziatek's campaign, impersonated Superintendent Austin Beutner on Twitter. What exactly is Koziatek proud of?

Thankfully, the voters in District 3 saw past the bigotry and lies. By voting for Schmerelson, they have not only allowed a good man to remain in office, but they have also sent a strong message against the negative and dirty campaign that the charter school industry engaged in.

In order to keep a majority on the board, candidates supporting public education had to win all of the four seats before the voters during this election cycle. Schmerelson's win along with the victories of Dr. George McKenna and Jackie Goldberg gave them three. Unfortunately, the voters of District 7 missed the opportunity to place a qualified parent on the board when the charter-supported candidate, Tanya Ortiz Franklin, won that election. The charter industry is, once again, in charge of the LAUSD Board.

As he returns to the minority, Schmerelson needs to take the lessons of this campaign to heart. As much as it is against his nature to be aggressive, there will be no room for a nice guy on this new school board's dais. The charter school industry has shown that they will do anything to win. Schmerelson must find a way to counter their actions while maintaining his integrity. 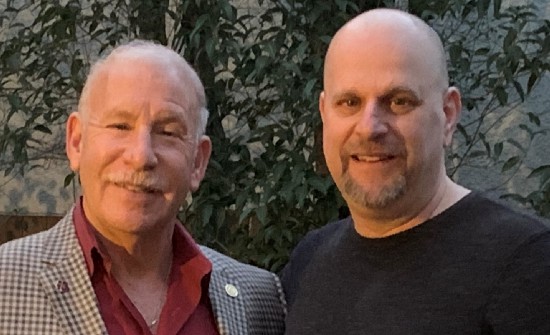