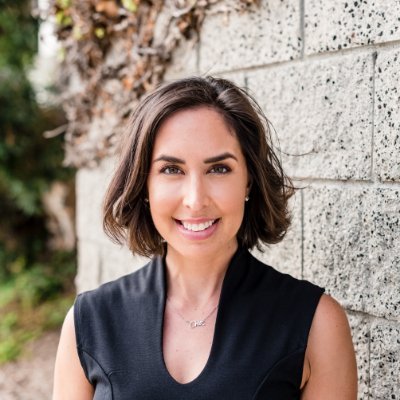 "The current board meeting time prevents the board, Superintendent and their staff to observe and learn with school staff during the most common adult learning time across our district."

Like current Board Member Nick Melvoin, Tanya Franklin was displaced from the classroom as a result of the Great Recession and ended up in law school. It was during this time that she became associated with the Partnership for LA Schools, an organization that was "the brainchild of former Los Angeles Mayor Antonio Villaraigosa". Two-time State Superintendent of Public Instruction candidate, Marshall Tuck, was its first CEO. Franklin still works for the partnership, focusing "on restorative justice, social-emotional learning and teacher and principal coaching".

As a former classroom teacher and special education lawyer who says she has attended dozens of IEP meetings, Franklin should understand better than any other education professional how frustrating the current system can be. Therefore, it should not be surprising that she gave the most direct answer of any of the candidates when asked if she would commit to supporting policies that prohibit the district from punishing employees who inform parents of all of the options available to their students. "Yes, absolutely."

When asked about the non-disclosure agreements parents are forced to sign when settling with the district in due-process cases, Franklin's answer was less concise. While committing to ensuring that "the IEP process is collaborative and student-centered" and to empowering IEP teams, she somehow confused non-disclosure with "the confidentiality clauses required by federal and state laws" that are meant to protect student information. These non-disclosure clauses have nothing to do with privacy, as parents retain the right to release information about their children in any matter they seem fit. Instead, non-disclosure prohibits parents from telling others about what services they were able to get for their children. This, in turn, prevents other parents from being fully informed as they enter the IEP process.

Even more concerning, Franklin seems to be in favor of closing the district's special-education centers, even referring to them as "segregationist". Instead of committing to keeping them open and fully funded, she says that she "would not be in favor of quickly closing options that families, students, and educators have found to be successful." [emphasis mine] In the same paragraph she pivots to the high cost of special education saying that she is "very interested in discussing all options to stabilize the budget, including creative school site configurations that first meet the academic and social-emotional needs of students and second help reduce costs for the long-term fiscal health of the district."

One way to reduce the costs of providing special-education services for the district is to ensure that charter schools serve an equal percentage of these students, especially those with moderate to severe needs. However, in asking how she would address the issues raised by the State of Denial report that showed charters are not fulfilling these responsibilities, Franklin offered no concrete solutions. She was also not in favor of the district appointing members to charter school-governing boards.