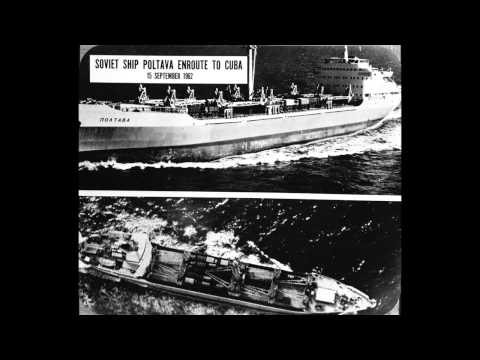 Even an otherwise excellent, thorough, damning article on the ghastly horrors of Operation Condor has to paint US involvement in its Nazi-level atrocities in the very best light. The reason the US funded, armed, trained and protected the torture-lords of murderous right-wing dictatorships was, we're told here, is because poor little American leaders were traumatized by the Cuban Missile Crisis and felt "existentially threatened" by any "leftist" (i.e., non-right-wing) movements in South America.

It was only out of this quaking fear that successive bipartisan US administrations backed the overthrow of free, democratically elected, non-aligned governments across South and Central America, and happily, eagerly participated in a hideous network of murder, torture, kidnapping & trafficking of children. It was only because the most powerful nation in the history of the world, with bristling nukes ringed around the borders of all its adversaries, which was dropping more bombs on one tiny nation that had been used in all of WWII, which was ensconced in riches and economic power beyond anything ever seen in history, was scared that it would be utterly destroyed ("existential threat") unless innocent human beings were thrown out of helicopters into the sea by unaccountable tyrants.

Nothing at all about the documented fact that the US greatly preferred murderous dictatorships south of its border to any free government that even attempted mild reforms of rapacious and unjust economic systems that had looted their people for the benefit of local oligarchs and, above all, US corporations. Forget the "threat" of Cuba-style socialism: even the very notion of mixed economies, modest land reforms, modest social programs along the lines of those of FDR -- all of this was to be wiped out in favor of bloated killers and their cronies keeping the loot flowing to the gilded corporate boards back in poor, little, existentially threatened America. And that's what happened, from the American-backed coup in Guatemala in the 1950s to the Obama administration's approval of the oligarch coup in Honduras in 2010, which has plunged that nation into a hellhole of gangs and government goons brutalizing the people.

It's the same old story. Even trenchant criticisms of US policy must be couched in terms of benign, mitigating circumstances - as in Ken Burns' Vietnam series, which assures us that all of the US-inflicted horrors in a war that left millions dead were due to "good intentions gone awry." It's remarkable, really: malign intent can be (and is) imputed to every other nation, whose governments are seen as ruthlessly and amorally pursuing the interest of their ruling elites; but the US always, always, acts only out of pure intentions or understandable motives -- although sometimes, tragically, our decent, upright elites are sometimes led by their own good intentions into a bit of a mess, through no fault of their own. Yet somehow, they always continue to prosper, no matter how big the "mess" -- while millions of innocent people around the world (and today, increasingly, in the US itself) pay the price.

ADDENDUM
Again, overall, it's a very good story in detailing the suffering of innocent people under the operation, and it does note that the US was fully aware of all the atrocities being inflicted, and that many of the torturers were trained by the US at the infamous "School of the Americas." But even here, it is quick to emphasize that Operation Condor "was not a US-led operation." No, it was led by dictators like Pinochet who had been installed and maintained in authoritarian power with US support for years on end. But yes, it's true that the US, with admirable magnanimity, did allow its satraps to act on their own initiative sometimes -- not in anything that might ameliorate the suffering of ordinary people, mind you, but if America's pet dictators wanted to set up a transnational network of murder, torture and child trafficking, that was just fine with Washington ... which, as noted, gave weapons, training, money and full support to the operation, but didn't lead it, oh, my word, no.

But on a separate note and a different issue, the article makes reference to little-known fact that could have great relevance for us today. It's this passage:

"Shortly before I travelled to Chile in March, startling news emerged about a Swiss company that had, for decades, supplied cryptography machines to military, police and spy agencies around the world. The company, the Washington Post revealed, had been secretly owned by the CIA and West Germany's BND intelligence service. Any messages sent via its cryptography machines could, unbeknownst to the users, be read by the US and West Germany. Among the company's clients were the regimes in Argentina, Brazil, Chile, Peru and Uruguay. As the Washington Post put it, the CIA 'was, in effect, supplying rigged communications gear to some of South America's most brutal regimes and, as a result, in [a] unique position to know the extent of their atrocities'."

Knowing this, any idea that intelligence agencies are not doing the same thing today with web-based cryptography services seems very fanciful.

Related Topic(s): Crisis; Cuban Missile Crisis; History; Operation Condor, Add Tags
Add to My Group(s)
Go To Commenting
The views expressed herein are the sole responsibility of the author and do not necessarily reflect those of this website or its editors.