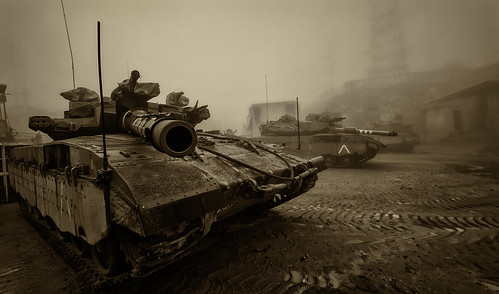 These days the US Congressional Israel lobby and its knee-jerk amen chorus are hyping what those still occupying Palestine refer to as its coming "3rd war in Lebanon". Reportedly, Israel is finalizing elaborate plans to once and for all eviscerate Hezbollah while accelerating the collapse of the Iranian theocracy with the claimed support of the White House and the Saudi block among many others.

According to a recent Lebanese public opinion poll, Israel's long expected invasion of Lebanon is also supported by approximately 80% of Lebanon's Sunni Muslims, roughly 60-65 % of Lebanon's Christians and a lesser percentage of Druze and other sects. This, despite the certain massive infrastructure damage and loss of civilian lives that the next war with Hezbollah will entail. The certain widespread death and destruction apparently being an acceptable price to rid Lebanon of what they claim is Iran's colonization and Hezbollah's forced supplication of their country.

In point of fact, when Israel next invades Lebanon it will constitute its "6th war on Lebanon", the earlier ones it chooses to ignore, being the 1978 South Lebanon invasion up to the Litani River, the June 1982 invasion and 18 year occupation of South Lebanon, the July 1993 " Operation Accountability" , a devastating week-long relentless attack on Lebanon, the 1996 Operation Grapes of Wrath invasion of Lebanon and the 34 day July War of 2006. The latter killed more than 1,300 Lebanese and wounded thousands while displacing more than one million Lebanese to Syria and elsewhere. Also killed in the July 2006 "5th Israel-Lebanon war" were 121 Israeli soldiers and 44 civilians.

Related Topic(s): Hezbollah; Iran; Israel; Israel Lobby, Add Tags
Add to My Group(s)
Go To Commenting
The views expressed herein are the sole responsibility of the author and do not necessarily reflect those of this website or its editors.