Ireland becomes the first country in the world to have voted to fully divest itself from the fossil fuel companies responsible for the climate crisis. 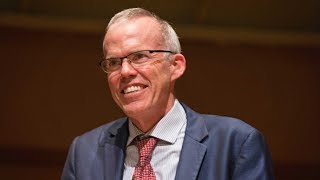 I'm writing this with a Guinness clutched in one hand, because today [July 12] the government of Ireland gave us big reason to celebrate: it became the first nation on earth committing to divest fully from fossil fuel companies. The bill is expected to become law by the end of this year, and Ireland's 8bn sovereign fund will start ditching all its oil, coal and gas assets.

Irish activists have done amazing work to make this happen -- I've watched with awe as activists from environmental groups and the Catholic social justice movement have transformed the debate in the country. But every one of you can take a little credit: the groundswell that's been building around the planet for divestment derives its power from everyone working together toward the same end. It's all one big fight.

The passing of the Fossil Fuel #Divestment Bill this afternoon has made history. Ireland is the first country in the world to commit to withdrawing public money invested in #FossilFuels. Well done to @ThomasPringleTD and all supporters of the Bill today #FossilFree

And we're winning more and more of that fight. The year began with New York City divesting -- but it's continued with huge wins at universities and in cities around the globe. Just yesterday Queens College Cambridge, where Erasmus went to school in the 1480s, divested. A few days earlier it was the entire Church of England threatening to divest from fossil fuel companies, if they don't align with the Paris Agreement by 2023: we know already they won't.

And better yet, Shell officially noted in its annual report last month that divestment has come to pose a material risk to their business.

Yesterday our friends at the Institute for Energy Economics and Financial Analysis issued a detailed report that's a godsend for everyone still working to convince their college, church, or city to commit to go Fossil Free -- it shows that oil companies are a bad investment.

I know that it's a lousy moment right now -- Trump is taking America backward, and trying to force the rest of the world to go with him. That's why we need to celebrate big wins when we get them. We're fighting for the zeitgeist -- for the vision of the future. And today anyway, we're winning.

And Guinness really does taste delicious.

Bill McKibben is the author of a dozen books, including The End of Nature and Deep Economy: The Wealth of Communities and the Durable Future. A former staff writer for The New Yorker, he writes regularly for Harper's, The Atlantic Monthly, and The (more...)
Related Topic(s): Divestment; Facebook; Fossil Fuel; Twitter; Zeitgeist, Add Tags
Add to My Group(s)
Go To Commenting
The views expressed herein are the sole responsibility of the author and do not necessarily reflect those of this website or its editors.