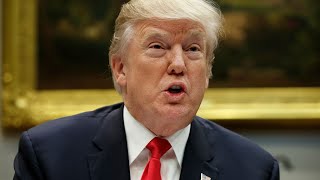 To put it bluntly this is probably the most precarious time this septuagenarian has ever seen.

There is a convergence of so many potentially calamitous events simultaneously happening in the world it's almost mind boggling to consider the implications of it all.

A US initiated war with North Korea could occur in response to our massive war games provocations off the Korean Peninsula conducted with South Korea and Japan. They could be interpreted by North Korean leader Kim Jong-Un as an imminent attack on his country and he launches a pre-emptive attack on Seoul. Even with conventional weapons that would incur a massive retaliatory strike on North Korea by the US. This then could result in Kim launching a nuclear strike not only on South Korea, Guam but also Japan believing his regime will fall anyway.

Or the US could initiate a false flag incident, blame it on North Korea, they retaliate, we respond with an attack and a full scale war breaks out which could go nuclear.

Not since the Cuban missile crisis in 1962 between the US and the USSR over its ballistic missiles in Cuba is the world facing such a potential nuclear confrontation between a self important ignorant narcissist in the White House facing an equally defiant adversary in charge of a nuclear armed North Korea.

But there are other tinder boxes that could erupt as well. An unholy alliance between Israel and Saudi Arabia has developed with the Trump administration's blessing. With Saudi Arabian Crown Prince Mohammad bin Salman all but abandoning the Palestinian's telling them to accept Israel's further expansion of settlements in the West Bank, there's Trump on Wednesday recognizing Jerusalem as the capital of Israel enflaming not only Hamas in Gaza, Palestinian's in the West Bank, Muslims in Iran, Jordan, Lebanon but many of the 1 1/2 billion Muslim's throughout the world, Sunni and Shiite alike. In response Hamas has called for a new intifada against Israel. Then there's bin Salman urging Israel to attack Shiite Hezbollah in Southern Lebanon which could induce them to fire missiles into Israel with a new war that could bring Iran and Russia into the fray in defense of Hezbollah as they are allies in Syria.

With Russia, Iran and Turkey meeting recently in Sochi on the Black Sea coast of Russia-the US not invited-there to work out a peace plan for Syria now with ISIS and al Qaeda all but defeated in Syria, the US announces it will remain in Syria to prevent ISIS from arising again. That's nothing more than a fig leaf to justify its illegal occupation in Northeast Syria thereby complicating any eventual peace plan for the country.

Then there's Trump recently rejecting the P5&1 nuclear deal with Iran in 2015 with him calling for Congress to reject it and place new sanctions on the country. This even though Iran has fully complied with the agreement and all European countries-Britain, France and Germany plus Russia and China consider it an internationally accepted pact which the US cannot unilaterally break.

Couple Trump's antagonism of Iran, calling it illogically a state sponsor of terrorism there's bin Salman conducting his own aggressive war against the Houthi's in Yemen since 2015-supported by the US-and further thirsting for war with Iran accusing them of supplying weapons to the Houthi's. A new conflict could explode with Iran and with Russia and China close allies of Iran it's unlikely they would stand idly by if the country were attacked.

Then of course there's NATO on Russia's doorstep conducting war games in the Baltic's and Poland, missile carrying warships in the Black Sea as well as missiles in Romania and Poland described as "defensive" but could be easily be recalibrated into offensive missiles aimed at Russia.

Meanwhile the US sends warships into the South China Sea to ensure "freedom of navigation"-which China has never interfered with-ramping up the potential for military conflict with China. The US accuses China of building militarized artificial islands in the South China Sea which China sees as a first line of defense of its territory. A logical occurrence considering the US has its own military bases in the Philippines, Taiwan, Japan, South Korea, Guam with nuclear missiles aimed directly at China.

Never before has diplomacy between nuclear powers been subordinated to so many military provocations where even an accident or misinterpretation of a military exercise could precipitate a nuclear conflagration.

And all the above doesn't account for ACD, Anthropological Climate Disruption, manmade climate change and global warming that could not only see the rise of the oceans inundating coastal cities but make the Earth uninhabitable within a 100 years.

Retired. The author of "DECEIT AND EXCESS IN AMERICA, HOW THE MONEYED INTERESTS HAVE STOLEN AMERICA AND HOW WE CAN GET IT BACK", Authorhouse, 2009
Related Topic(s): Conflict; Confrontation; Israel; Jerusalem; Korea; Provocation; Weapons; Worldwide, Add Tags
Add to My Group(s)
Go To Commenting
The views expressed herein are the sole responsibility of the author and do not necessarily reflect those of this website or its editors.